On May 10, 2021, Friends Senior Staff Attorney Nathan Baker spent his birthday in a seven-hour virtual hearing, which ran past midnight, fighting to protect Steigerwald Lake National Wildlife Refuge and the surrounding community from the impacts of unpermitted gravel mining.

The Clark County land use hearing that evening was just the latest round in a nearly four-year dispute over a property in the western Gorge owned by a company called ZP#5 LLC, controlled by Judith Zimmerly. For two decades, the former mining site sat idle, losing its status as a legal mine. Then, in 2017, it was leased by the Nutter Corporation, which initiated mining operations without first seeking any Clark County or National Scenic Area permits.

Nutter also began illegally hauling thousands of tons of gravel and fill daily, six days a week, down a once quiet neighborhood road, where local residents’ lives were suddenly disrupted by as many as 200 massive trucks per day barreling past their homes. 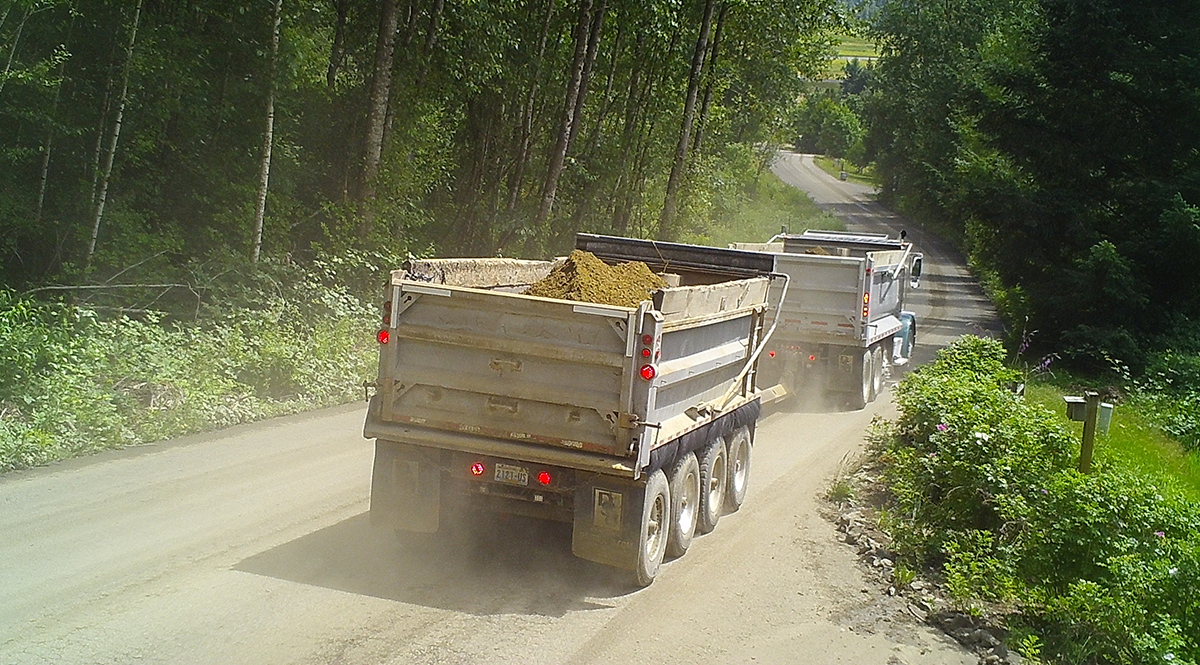 “The neighborhood kids could no longer walk or ride their bikes on the street, or they might have been killed,” said Baker. “The situation was horrifying.” Plus, mining at the site could harm nearby natural resources and wildlife, as it had in the late 1990s, he explained, including in a new section of the Steigerwald Refuge known as Upland Oaks, which now abuts the Zimmerly property to the south.

Originally protected by a local conservation-minded family, Upland Oaks provides the refuge with rare oak woodland habitat, which benefits migratory birds, squirrels, pollinators, and other species. The property was acquired by Friends of the Columbia Gorge Land Trust in 2018 as part of its Preserve the Wonder campaign, then transferred to the U.S. Fish and Wildlife Service in February 2019. 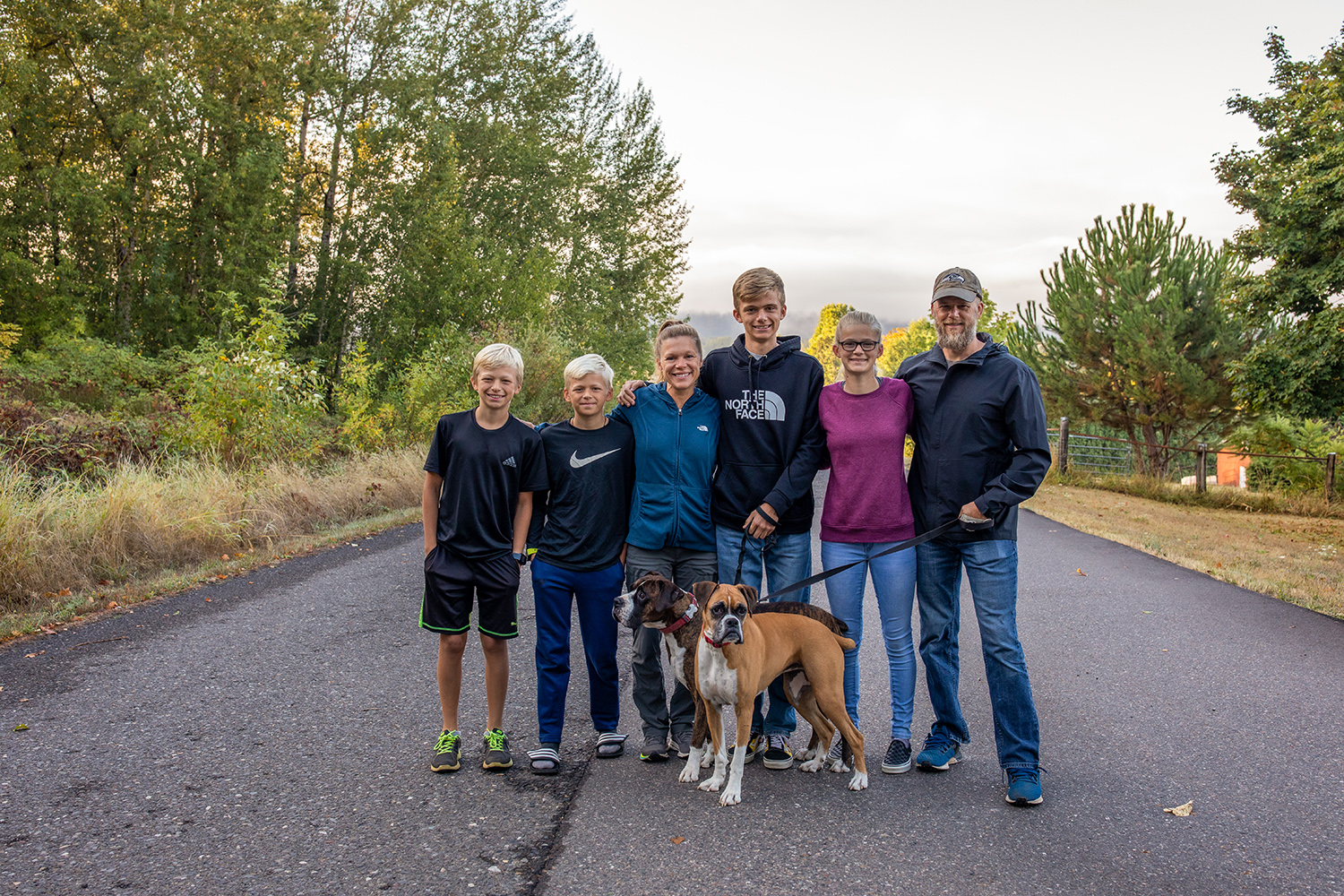 Beginning in early 2018, Friends worked with local citizens to urge both Clark County and the Gorge Commission to enforce the National Scenic Area regulations and stop the unpermitted mining.

“Over several years, Zimmerly ignored at least 10 notifications from government agencies that their operations were unlawful and must cease immediately,” said Friends Conservation Director Michael Lang. “Unfortunately, the Gorge Commission staff have failed to follow through on their enforcement responsibilities. So, the fight has been left up to Friends and the community against the deep pockets of the mining industry.”

Rachel and Zachary Grice own a home situated on two acres along the mine’s illegal haul route. “Oftentimes, we could not even go outside on our back deck or walk the trails in our own yard due to the constant noise and dust from the truck traffic,” said Rachel, who home schools her four children, now ages 11 to 15. Their classroom is 30 feet from the road, with large windows facing toward it. Teaching and learning against an ever-present backdrop of loud trucks had become increasingly stressful and distracting for Rachel and the kids.

Rachel continued, “Nathan Baker reached out and gave us a voice. He has been such a great communicator in helping us understand the law and our legal options.”

In 2019, after many hours of hearings, the appointed Gorge Commissioners agreed with Friends that the mining was, in fact, unlawful without the required land use permits. By July 2020, the entire operation had finally gone quiet.

The Clark County land use hearing that began on May 10 was continued for two additional sessions and is currently on hold, but it may resume this fall. As part of this process, Friends and allies are pushing for the preparation of a full environmental impact statement before any ruling on whether mining may occur at the site. The decision-making process will take at least several more months—possibly years—and appeals could follow thereafter, Baker explained.

In the meantime, the Grice family will continue to enjoy dining on their back deck and taking walks with their two dogs along the road, as they have for more than a year now, and, of course, opening their windows any time of day to the soothing sounds and scents of nature.

This feature is part of digital highlights of Friends' 2020-21 Annual Report.