Categorie(s): In the Press

Friends of the Columbia River Gorge announced June 15 — Nature Photography Day — that the winner of their seventh annual Our Gorge Connections photo contest is Jesenia Robles of Hood River.

Robles’ photograph, “Hands with Apricots,” is the first non-landscape shot to take the grand prize award according to Burt Edwards, communications director, and Stan Hall, digital communications manager. She was awarded $250 and a gift card from contest sponsor Pro Photo Supply.

“I’m very honored to have been chosen as the winner,” Robles said. “I’m grateful to Friends of the Gorge and Pro Photo Supply for their support.”

“Robles used her Canon EOS Rebel T7 with a 18-55 mm lens to capture a close-up of her father Enrique’s hands, laden with just-picked apricots,” said Friends of the Columbia Gorge press release. “It’s an engaging image that illustrates the Columbia Gorge as more than just majestic waterfalls and windswept vistas — it’s also vibrant, living place with a rich and diverse tapestry of community and culture.”

Robles learned of the contest from her older brother, Eric, and chose to submit the photograph under the Communities and Culture category. 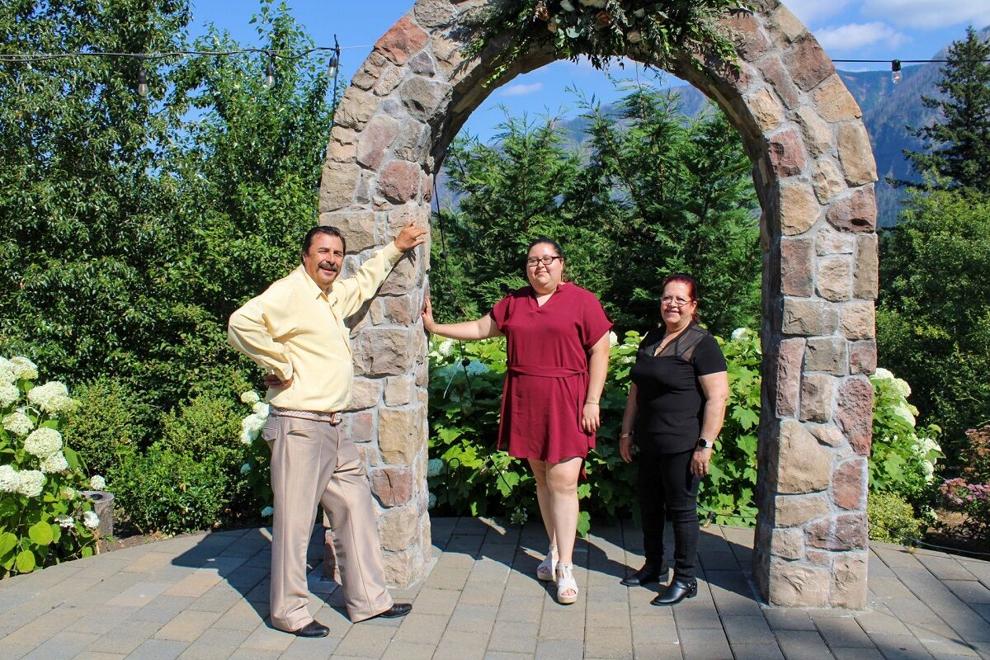 “Hood River is known for its orchards and vineyards, and, although we aren’t known for growing apricots, I thought this picture represented an integral part of our town’s culture, as well as a community that is often overlooked: The immigrants that work tirelessly in the orchards and packing houses,” she said.

She said she was so happy — and surprised — to learn she had won the grand prize award that she cried.

“I’m not a professional photographer, and I had seen the winners from previous years; I didn’t think I had a chance of winning, maybe an honorable mention, but I certainly did not expect to be the grand prize winner,” she said. “It was very cool and validating.

“… This specific photo means a lot to me,” she said. “Both of my parents come from generations of farmers in Mexico. This picture represents my family history, but I know it also represents the legacy of many others in our community. I hope that other children of immigrants can see their parents in this picture and feel proud of the hands that have humbly carried us forward. I hope this picture inspires all of us to honor their hard work and sacrifices by working towards a more inclusive and equitable society. ¡Sí se puede! (Yes, we can!)”

Robles has been taking photos since she was a child, but only began to get serious about photography last year, when she bought a nice camera and pushed herself to make it a hobby, she said.

“I still have a long way to go, and I’m not necessarily interested in becoming a professional per se, but I’d like photography to turn into a creative outlet for me,” she said. “I hope to keep developing myself as a photographer (pun totally intended).”

In the Friends of the Columbia Gorge press release, Robles said that her father has always been in agriculture, and his favorite hobby is gardening. “In the summers, he will spend all day outside tending to his garden; it’s who he is,” Robles said. “And to me, this picture represents my family history, and a beautiful cultural legacy of caring for the Earth and providing sustenance for generations.”

A total of 528 entries were received in seven categories during this year’s contest, said a press release.

Over the past seven years, the photo contest has received more than 2,000 entries and given photography enthusiasts, both professional and amateur, “the opportunity to capture the sense of awe and wonder that the Columbia Gorge instills in both its residents and the millions of people who visit the Gorge a year,” said the press release. The theme of this year’s contest, “Our Gorge Connections,” was designed to acknowledge the multitude of ways those who love the Columbia Gorge feel connected to its unique natural environment and distinct communities contained within.

This year’s photo contest was judged by Hood River based professional photographers Paloma Ayala and Vince Ready (Ready is also a member of Friends’ board of directors), Portland-based professional photographer and civil engineering creative manager Sanjana Sachdeva, and Vancouver-based destination adventure and lifestyle photographer Nic Raingsey; judges were assisted by Friends staff, who screened entries and developed a slate of finalists for review.

“The Columbia Gorge is a natural wonderland, a major tourist destination, and a world-class venue for wind and water sports,” said Ready, owner-operator of Lasting Light Photography.

“Those are important qualities. But as a full-time resident I am very aware that community and culture are also central to the Gorge, which is why I appreciate photos like Jesenia’s, which is not only technically impressive, but also rich with identity, history, and family bonds. There’s so much to unpack in this image,” Ready added.

View all of this year’s winning photographs.