Categorie(s): In the Press

After three and a half years of heated debate over the expansion of urban area boundaries within the Columbia River Gorge National Scenic Area, the region’s governing Columbia River Gorge Commission has finally arrived at a decision—allow cities to expand urban areas by a total of 50 acres or 2%, whichever is less.

The decision came in a Tuesday Zoom meeting of the Commission.

Single applications to the Commission for urban area boundary expansion would be capped at 20 acres or 1% of urban area, whichever is less.

Passed by unanimous vote, the decision to open more land to residential and industrial development than originally proposed in the National Scenic Area came as a major surprise. Commissioner Michael Mills made the motion to forge a compromise between Commission members who appeared to have won an argument to set a 20 acre/1% cap on expansion, and others who steadfastly refused to accept that decision and continued to re-open the issue.

That opposition obstinacy was preventing the Commission from taking up other important matters appeared to factor into the decisions of some Commission members to unhappily agree to the compromise. Commissioner Carina Miller frankly admitted, “I am frustrated” by the procedural tactics of opponents who refused to accept defeat on the issue.

The vote would appear to be at least a mitigated victory for The City of The Dalles, which for decades has lobbied for the right to expand its urban boundaries to development.

But The Dalles Mayor Richard Mays was subdued following the vote.

“I’m still skeptical that 50 acres will be able to serve our needs for the next 20 to 50 years … but it’s better than 20,” Mays told Columbia Insight. “My gut tells me it’s not going to be enough. … That’s just a little bigger than Sorosis Park.” [The Dalles’ city park occupies 45 acres.]

Mays said he’d meet with partners at the Port of The Dalles and Wasco County to discuss the Commission’s decision. 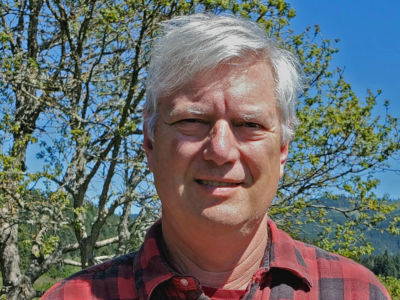 “We supported the original policy (20 acres, 1%) … So the amendment is not what Friends of the Columbia Gorge supports, but we recognize that it’s a compromise between Gorge Commissioners that will clarify the Management Plan and give certainty to all stakeholders,” said Michael Lang, conservation director for Friends of the Columbia Gorge. “The 11-0 vote speaks for itself.”

The vote came at the August 11 meeting of the Columbia River Gorge Commission to consider modifications to its draft version of the Gorge2020 Management Plan.

The final version of the plan still needs to be formally adopted, likely at the Commission’s September 8 meeting. The Scenic Area Act also requires the revised plan to be concurred by the U.S. Forest Service.

Since October 2016, the Gorge Commission has been grappling with a critical update of the woefully outdated Columbia River Gorge National Scenic Area Management Plan.

Originally adopted in 1991, and reviewed just once (in 2004), that plan lays out terms for coordination, protection and enhancement of regional resources.

“Our policy is at least 10 years behind the best science,” said Commissioner Bowen Blair at the Tuesday meeting.

The outcome of the mandated revision—known as “Gorge2020”—carries heavy consequences for residents of the National Scenic Area and the crowds of visitors who treasure the region as a unique and restorative recreational wonder.

Gorge2020 will add a new chapter on climate change to the management plan. It will increase an existing 100-foot development buffer to 200 feet around seven rivers identified by the EPA as cold water refuges. Other areas of revision affect scenic resources, natural resources, economic development, recreation resources and land uses.

But by far the most contentious item the 13-member Commission has considered deals with the ability of cities within the National Scenic Area to expand urban boundaries.

The Commission has been under pressure to soften current rules restricting urban sprawl and permit expansions of urban development into rural areas and wild lands. In particular the Commission has wrangled with the definition of “minor expansions” to urban boundaries allowed by the Management Plan. These discussions led to what had seemed to be a majority decision to define “minor revisions” as 20 acres or 1% of existing urban land.

In particular, the City of The Dalles has lobbied to expand its urban growth boundary. For decades the city has argued it needs more room to accommodate population growth and expand its economic and commercial potential.

Before this week, however, a majority of Commission members hadn’t appeared persuaded that The Dalles case met specific criteria for expansion revisions.

“There is consensus among Commissioners that a minor revision is under 20 acres or 1% of the urban area acreage,” Lang said before the meeting. “This is on the record.”

Fight that won’t go away

The Friends of the Columbia Gorge, a land-trust owner of some 1,000 acres of recreational land, has long opposed The Dalles’ intent to expand its boundaries. It argues the city already has all the land it needs for expansion well into the future. As an alternative, the group has suggested the city look to satisfy its expansion needs to its sister city across the river, Dallesport.

A number of commissioners have seemed to agree.

“In order to grow and proposer economically we need to expand our tax base,” Mays says, adding that most of The Dalles’ growth will likely come from commercial and industrial sectors rather than residential needs. “Any economic development across the Columbia River in Dallesport, Washington, is not going to add a dime to our property tax base.” 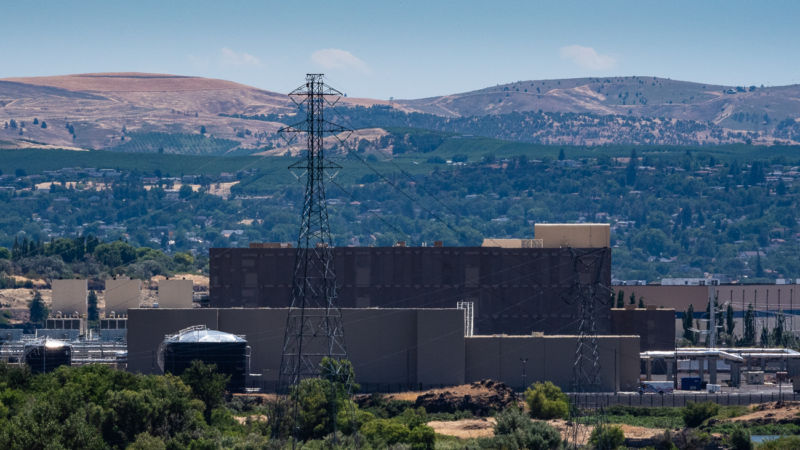 Despite the fact that it has not applied for a boundary expansion, in June the dispute led The Dalles city council to vote unanimously to oppose the Gorge Commission’s apparent decision to hold the line on urban expansion at 20 acres or 1% of available land.

“The Gorge Commission has no position on the City of The Dalles’ desire to expand its urban boundaries, there’s nothing that’s pre-decided at all,” Gorge Commission executive director Krystyna Wolniakowski told Columbia Insight. “It feels like they keep saying we’re trying to shut them down but we’ve never been given an application.”

An illustration of how divisive the issue has remained, Tuesday’s debate over urban area boundary expansion began with a motion by Commissioner Rodger Nichols to simply remove the urban area boundary chapter from the Gorge2020 plan and push it off to a workgroup to resolve by spring 2021.

The proposal was met with strong opposition led by Commissioner Miller who argued that “going back to the drawing board” would amount to a failure by the Commission to address issues of equity in deference to “wealthy private land owners and developers.”

The motion to delay the boundary expansion decision was defeated by a 6-5 vote. (One Commission member doesn’t vote, another was absent at the Tuesday meeting.) The Commission spent another hour debating amendments before passing the compromise motion.

Along the way, it extends anywhere from one to four miles from the river north into Washington and south into Oregon. The original legislation permanently protects the scenic and natural resources of the Columbia River Gorge, while fostering commerce and economy for its more than 55,000 people.

The arrangement between commerce and recreation in the Gorge has always been contentious.

Population growth puts pressure on city and county boundaries. It also impacts scenic and wild areas the act sought to preserve and enhance.

“I would submit that there were two expressed purposes of the original act passed in 1986—one was to establish the National Scenic Area to protect the scenic and cultural and natural resources of Columbia River Gorge, but the second purpose of the act was to protect and support the economy of the Gorge,” says Mays. “We’re not talking about irresponsible growth, we’re talking about responsible growth.”

The City of the Dalles isn’t the only player with an interest in commercial development within the National Scenic Area.

Von Flotow, who grew up in Hood River, is the son of high-tech drone company Insitu and Hood Technologies founder Andy von Flotow. His audacious plan would almost certainly take an actual act of Congress.

In 2018, he floated the idea of a new town, called “Mitchell Ridge,” immediately next door to the City of Hood River.

“The motivation is that people who live in that area are not happy with their restricted property rights,” von Flotow testified before the Hood River County Commissioners in 2018.

According to the Hood River News, the report he submitted to the Commission stated that “county residents in the area don’t enjoy the same freedom of enterprise as city residents do, for instance in zoning, land use and urban development.”

Von Flotow’s underlying thesis is that “unstoppable human migration to the Pacific Northwest is turning farm towns like Hood River into bedroom communities.”

“Orchards are being cannibalized into cul-de-sacs, while forests are kept off limits by poorly thought out and sporadically enforced rules written by unelected commissioners,” he says.

Von Flotow’s initial push, which included going door-to-door circulating a petition, drew significant negative feedback, forcing him to shelve the project until he can devise a stronger plan.

He calls his foray into governance a learning experience.

“I’m being realistic. It doesn’t seem very likely to me,” he says. “It’s more than trying to actually incorporate a town. It’s about bringing awareness to what’s going on, where a lot of parts of the Gorge are left to stagnate, that are under-maintained. You go east and west of Hood River proper, it’s not pretty.”

Realistic or not, the motivation behind the proposal represents a point of view that’s not uncommon in the Columbia River Gorge. And which has found its way into the Commission.

“This is not just Portland’s playground,” said Commissioner Rodger Nichols, who called the boundary expansion debate “the biggest piece of angst” on the Commission’s agenda. “We have to consider the people who live here.”

Von Flotow’s proposal presents a challenging perspective to those who prefer to keep the Gorge unchanged. And gives voice to local frustrations that will likely become more and more prevalent, especially in light of this week’s revisions to a management plan that has long appeared impervious to change.