Back to Newsroom
A cleared section of dirt marks the beginnings of a roadway on Oct. 22, 2020, on the site where the Perennial Wind Chaser facility was once proposed, adjacent to the Hermiston Generating Project in Umatilla County. (Photo: Ben Londergan, East Oregonian)

Had the Perennial Wind Chaser Station, a proposed 415-megawatt fracked gas-fired power plant, been built in western Umatilla County, Oregon, it would have immediately ranked in the top 10 stationary sources of greenhouse gas emissions in the state. But after several years of litigation by Friends of the Columbia Gorge and partner Columbia Riverkeeper, along with immense public pressure by concerned citizens and organizations, the project finally died this year.

“This power plant was like a zombie that kept dying and then coming back alive,” says Friends Senior Staff Attorney Nathan Baker. This time, it will not be resurrected. 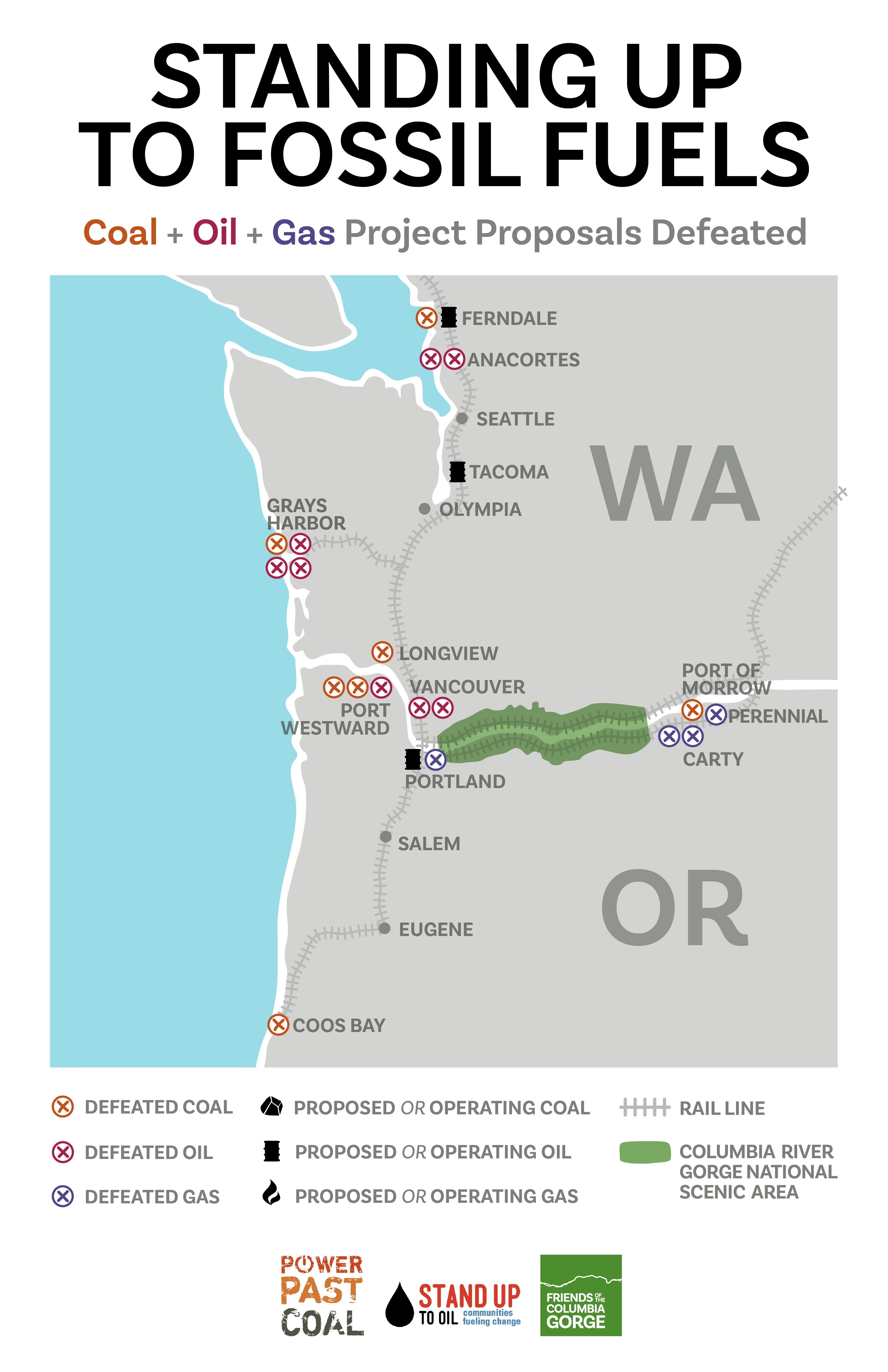 The saga started in 2015, when the state’s Energy Facility Siting Council (EFSC) issued a permit to Perennial Power Holdings to build the plant near Hermiston. When Perennial failed for the next three years to secure any buyers for the project’s power, EFSC granted the developer an extension to begin construction by 2020.

“When they hit the 2020 deadline, Perennial still had not broken ground,” explains Baker. “Nor had they applied for another extension, despite promising to do so. At that point, their permit should have been expired and void.”

But there was a catch: the company had begun building a bridge and road to the proposed facility, a process they deemed “phase one” of construction. However, there was no phased approach in their permit application to EFSC nor in the permit itself, Baker explains. “Adding the phased approach retroactively, without formal approval, was unlawful. It was simply a strategy to try to keep the project alive.”

On those grounds, Friends and Riverkeeper sued both Perennial and the Oregon Department of Energy and won—or so it seemed. In April 2021, Perennial’s legal counsel announced its intention to abandon the project.

The media publicized the victory, and Friends received the following letter from a Hermiston citizen, a sentiment echoed by many:

“I’m not sure whom to thank regarding the fight against the natural gas power plant in Hermiston, but I wanted to say thank you to all those involved. I’m sad to say that I had no idea about the new construction until I saw it in the paper today and I live less than a mile from its building site. Thank you for fighting for us rural Oregonians. Many of us might think it’s taking jobs away from the region, but I see the long-term benefit. Keep up the good fight, friends.”

Unfortunately, the next month, Perennial announced the emergence of a new, unnamed company interested in purchasing the project. That unexpected news prompted Friends and partners to continue the fight in court for another year, but for this round, time was on the side of Friends and its allies.

In September 2021, a newly enacted law took effect in Oregon that prohibits EFSC from approving any new construction of facilities that produce electric power from fossil fuels, including gas. This new law effectively prevented the Perennial project from going forward, regardless of the disputed issues in the litigation. In light of the new law, Perennial formally abandoned its plans for the project, and EFSC has already terminated the permit.

“Over the last seven years, Friends, by collaborating with others, has stopped four of these methane gas plants from being built,” says Baker. “Oregon will now be free of new fossil fuel power plants, dirty dinosaurs of a bygone era.”

Cate Hotchkiss is a freelance writer and photographer who lives in Hood River with her husband, two children, and labradoodle. View Cate's photography website.

Get involved with our work—find out how to stay updated, volunteer, or give.