Back to Newsroom
A BNSF Railway unit oil train travels on the Washington side of the eastern Gorge. (photographer: John Wood)

However, the railway company, which had already begun grading the land early that summer, disagreed, and continued building a second-line track, which traversed a section of Steigerwald Lake National Wildlife Refuge. In addition, BNSF sued Clark County. 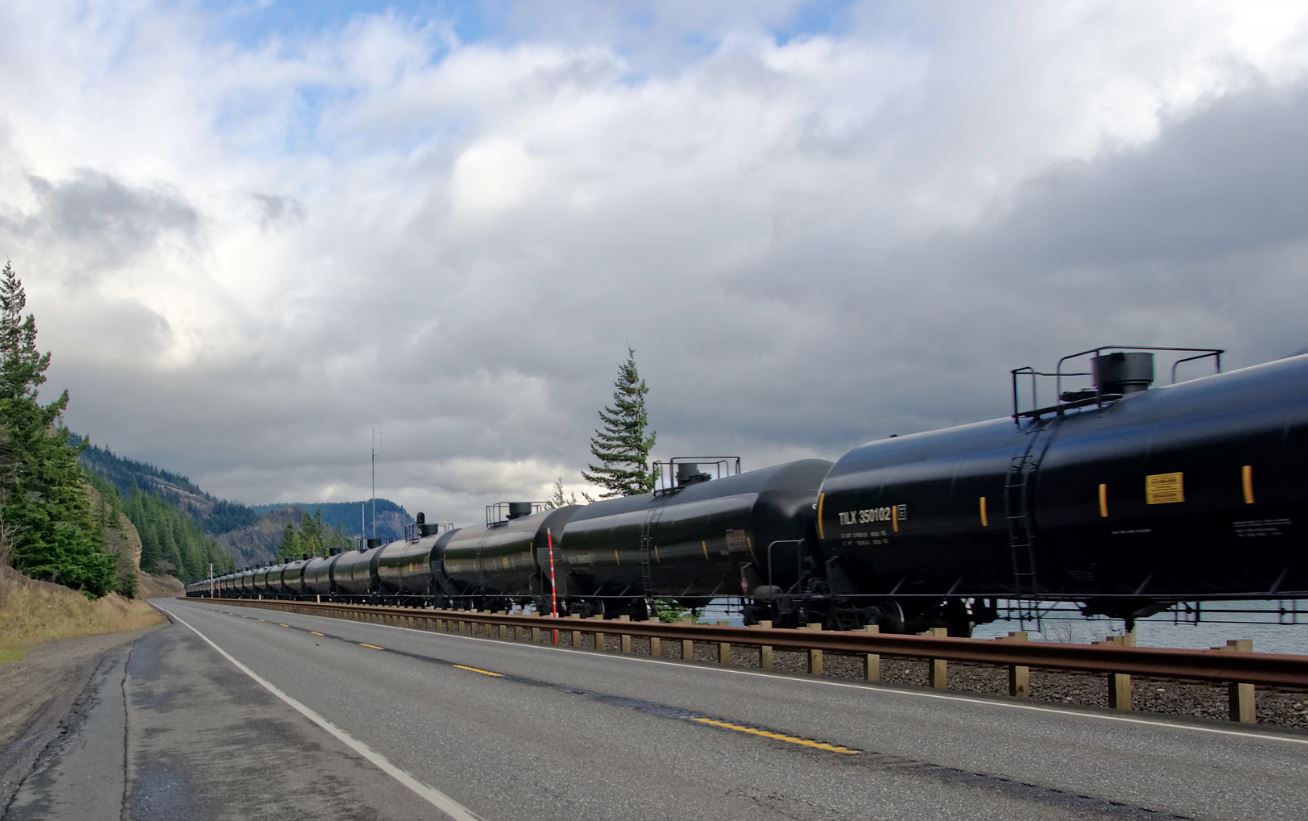 BNSF contended that a federal statute, the Interstate Commerce Commission Termination Act of 1995 (ICCTA), preempts the National Scenic Area Act’s regulations and, therefore, allowed the railroad to proceed without a permit.

“If that were the case, it would mean railroad companies could, without oversight, place tracks throughout the Gorge, regardless of any potential harm to the area’s scenic, natural, and cultural resources,” McCoy states. “ICCTA was never intended to override local codes that implement federal laws.”

In February 2020, the federal district court in Tacoma, Washington, ruled in favor of BNSF. In August, Friends and the Columbia River Gorge Commission appealed the ruling to the U.S. Court of Appeals for the Ninth Circuit.

“We want BNSF to repair the construction damage it caused to sensitive habitat and wildlife, like salmon, and avoid or mitigate future damage to the area as more trains, some of which haul crude oil and other hazardous materials, travel through the refuge,” McCoy says.

On August 21, three Columbia Basin Treaty Tribes, who depend on the Columbia River’s resources for their livelihood, submitted an amicus brief to the court in support of Friends’ position. It asserts, “a decision in BNSF’s favor would dilute the intent of the National Scenic Area Act and nullify the protections it affords to the Treaty Tribes.”

The case has far-reaching implications concerning the overall health of the Gorge, McCoy explains. Increased train capacity and railroad self-rule means harm to communities and sensitive resources, as well as a greater chance of another oil spill like the 2016 disaster in Mosier. Arguments and a decision are expected in 2021. These dangers underscore Friends’ commitment to keep fighting to require railroads to comply with laws that protect the Columbia Gorge.