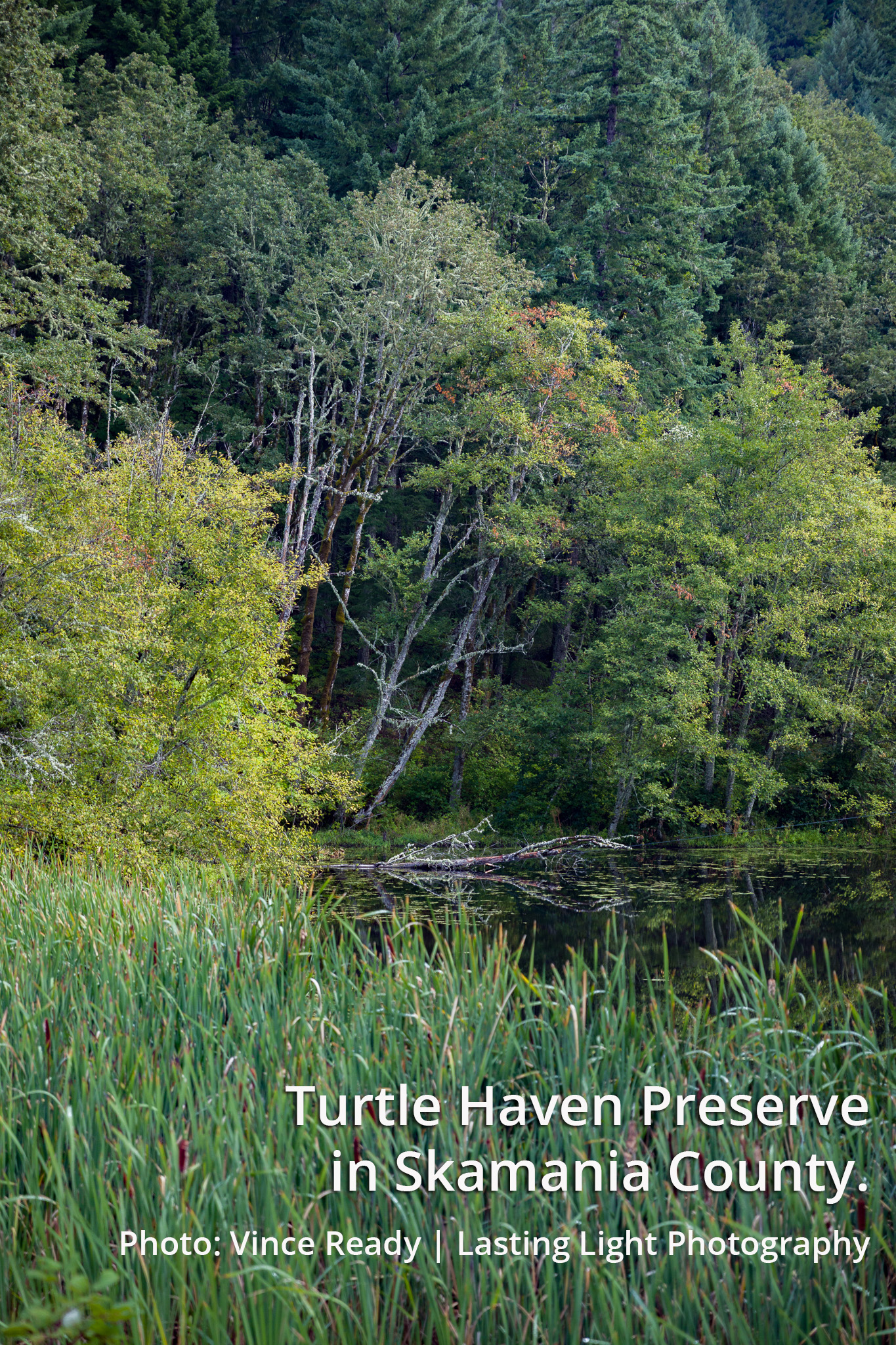 The decades-long partnership working to return western pond turtles to the Gorge’s quiet, shallow ponds is an inspiring success story. More than 30 years ago, the pond turtle was thought to be extirpated from most of the Gorge until researchers found more than 100 in the late ‘80s. This discovery prompted the Washington Department of Fish & Wildlife (WDFW) to team up with the Oregon and Woodland Park Zoos to collect and care for turtle hatchlings and eggs, rear them over winter, and release the juveniles back into ponds throughout the Gorge. The program has worked, though the western pond turtle remains an endangered species in Washington State.

“‘Pond turtle’ is a bit of a misnomer,” says Land Trust Stewardship Coordinator Sara Woods. “The turtles actually need upland habitat for over-wintering and nesting as much as they need ponds for foraging and thermoregulation. Non-native species are amongst the biggest threats to the turtle, including Himalayan blackberry shading out nesting sites and bullfrogs eating hatchlings. Our restoration efforts include removing blackberry and exotic grasses, planting native plants, and culling bullfrogs.

This land protection and restoration work could not happen without the long-term partnerships developed between Friends and wildlife agencies. As the impacts from development and climate change continue to increase in the Gorge, partnerships like those at Turtle Haven become more vital.

“A critical step as we go forward is expanding the scope, collaboration, and impact of these land stewardship efforts, says Dan Bell, land trust director for Friends. “The turtles represent one component of biodiversity in the Gorge, and this partnership effort has been highly successful. We need to bring the same approach to conservation efforts throughout the region.”