October 2021 marked the 10th anniversary of the removal of Condit Dam on the White Salmon River. The landmark decision to remove this dam took 20 years to realize—two decades that reflected a tireless commitment by Tribes, Friends of the Columbia Gorge and other environmental organizations, regional recreation groups, and dam-owner PacifiCorp to finally remove the dam and restore salmon and steelhead habitat. 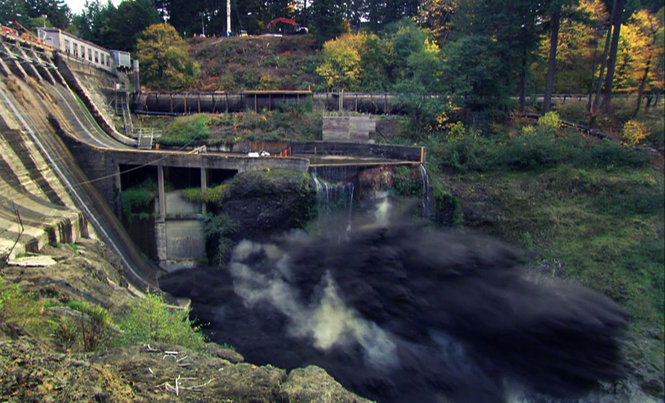 Friends was one of the groups that signed on to a settlement agreement with PacifiCorp and helped fight off several attempts to derail the process by opponents of dam removal.

The removal of Condit Dam restored nearly 30 miles of habitat for Columbia River coho and Chinook salmon and steelhead. Dam removal and habitat improvements on several other Columbia Gorge tributaries, including the Sandy River, Wind River, and Hood River, have led to additional local success stories in restoring wild salmon runs in the Columbia Gorge.

In 2020, Friends successfully advocated for increased protection of cold water refuge habitat on seven Columbia River tributaries identified by the Environmental Protection Agency as critical to the survival of endangered salmon runs. Major habitat improvement projects, such as ongoing work at Steigerwald Lake National Wildlife Refuge, will restore Gibbons Creek and its floodplain to provide critical spawning and rearing habitat for salmon. Friends’ Land Trust played a key role in acquiring 160 acres adjacent to the refuge and transferring ownership to the U.S. Fish and Wildlife Service so this project could move forward. When complete, the Steigerwald project will increase wetland habitat on the Lower Columbia by 17 percent.

The unique life history of steelhead

Steelhead are closely related to salmon, but unlike salmon, they do not always die after spawning and can return to spawn multiple times. Steelhead spawn in the cold water tributaries of the Columbia River, and after one to two years in freshwater, juvenile steelhead migrate down to the Pacific Ocean. The many dams on the Columbia River and its tributaries are significant obstacles to downstream migration, and most steelhead and salmon do not survive this passage.

Other factors, such as stream habitat degradation and predation from nonnative species that thrive in the warmer waters behind the dams, increase mortality of juvenile steelhead and salmon. Cold water refuge habitat provides safety from predators, but the decline of this critical habitat has left downstream migrating steelhead and salmon vulnerable to predators. 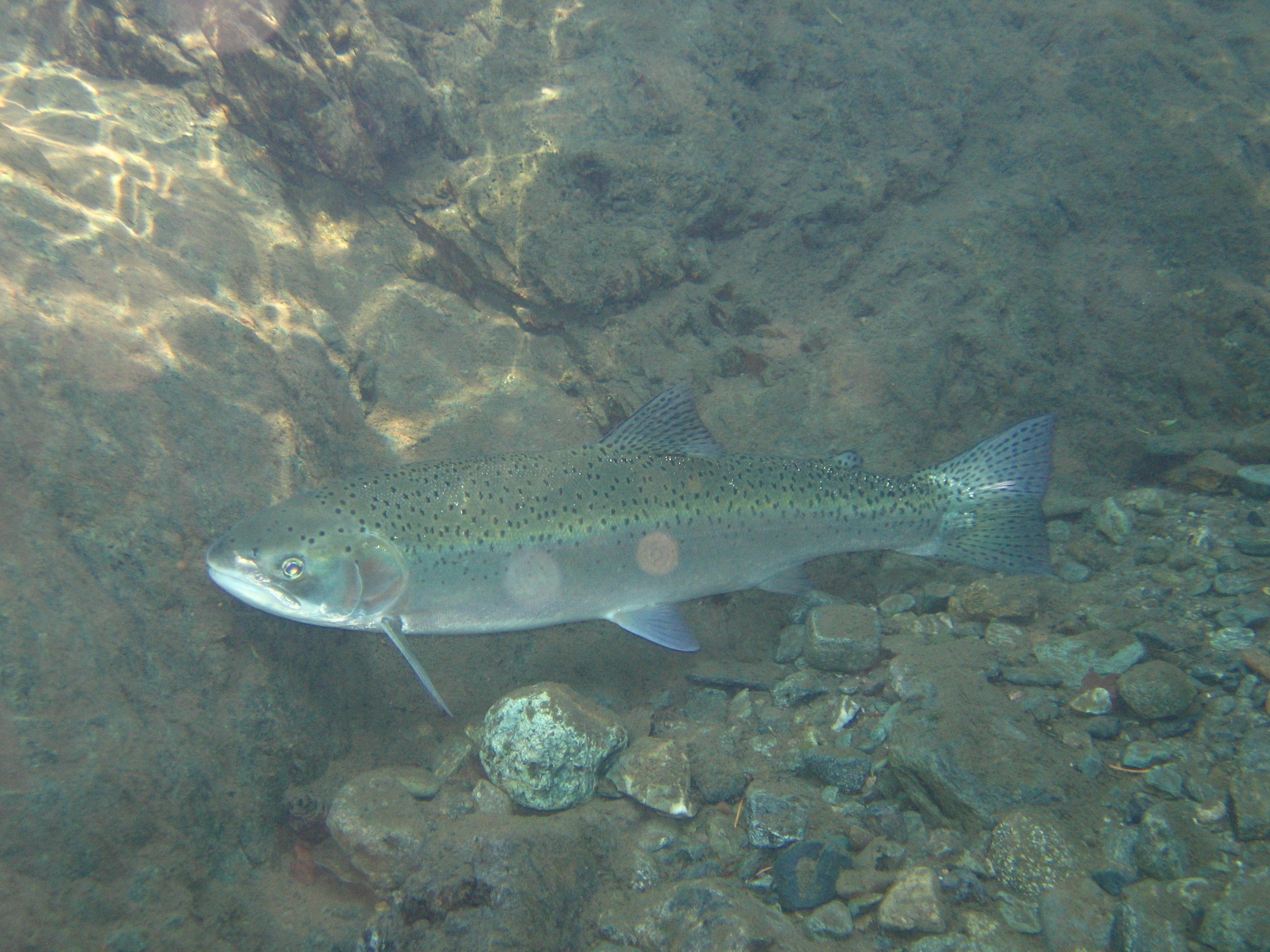 When surviving steelhead reach the Pacific, a significant difference with their salmonid cousins occurs. Instead of feeding along the continental shelf, steelhead quickly move offshore and roam the North Pacific for up to three years in pursuit of their prey. This part of their life history is not well understood, but it is likely that the effects of climate change are affecting their food sources and decreasing their survival rates. Research by federal and state agencies indicates that warming water temperatures in the Pacific Ocean correlate to reduced weight of steelhead and lower numbers of returning adults.

Adult steelhead returning to spawn in upriver tributaries face a gauntlet of dams as they attempt to reach their natal streams. In addition to these physical barriers to upstream migration, increased water temperatures behind the dams threaten steelhead survival. Fish destined for Snake River tributaries in Northeastern Oregon and Idaho have eight major dams to cross before entering their native streams, and few survive the journey to spawn.

During summer, when peak migration occurs, a thermal barrier forms where water temperatures behind the Columbia River dams can exceed 70 degrees—temperatures lethal to steelhead and salmon. Fortunately, some tributary streams provide cold water habitat and refuge between late June and mid-September, and when temperatures drop again in the Columbia, surviving fish can continue migrating upstream.

The combined effects of climate change, dams, pollution, and habitat destruction will continue to take their toll on Columbia River salmon and steelhead. To save these populations from likely extinction and fulfill U.S. treaty obligations to Columbia Basin Tribes, a new approach is needed to restore these once iconic runs that historically numbered in the millions of fish.

In that light, last February, Rep. Mike Simpson, R-Idaho, introduced legislation that could lead to removal of the lower four dams on the Snake River, but the proposed legislation includes trade-offs such as suspending federal environmental laws for other dams and for water quality on the Columbia. In addition, Sen. Patty Murray, D-WA, and Washington Gov. Jay Inslee announced plans for a scientific study to restore salmon runs, including but not limited to considering the removal of lower Snake River dams. These steps open bipartisan conversations on how to solve the human-caused decline of species that for countless millennia have been the lifeblood of the Pacific Northwest.