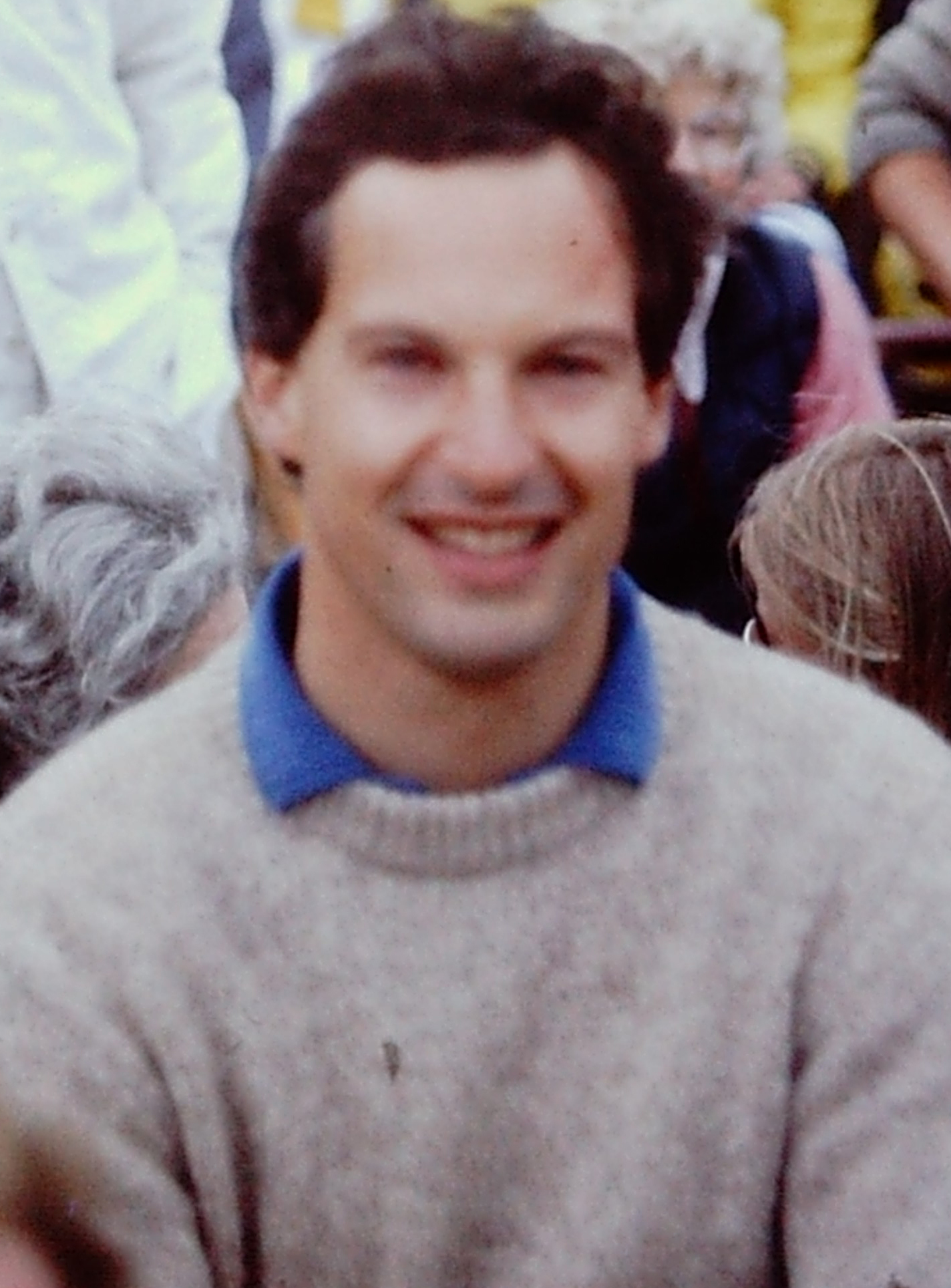 On Nov. 17, 1986, President Ronald Reagan, with strong encouragement from Oregon Senator Mark Hatfield, signed the Columbia River Gorge National Scenic Area Act into law, just days before the legislation would have died by pocket veto. This article by then-Friends of the Columbia Gorge Executive Director Bowen Blair originally appeared in Friends' Spring 1987 newsletter, the first Friends newsletter to be published after the signing date. The photo of Bowen is from 1987 (source: Friends archive).

Style and formatting are preserved (but typos corrected).

The Friends' offices have been a blur of activity since the Columbia River Gorge National Scenic Area Act was signed into law by President Reagan last November 17.

Numerous hearings before the Oregon and Washington state legislatures have been held regarding state ratification of the federal Act. Friends of the Columbia Gorge has actively participated in those hearings. Through the careful guidance of Governors Gardner and Goldschmidt the state ratification appears to be winding to a successful conclusion. Currently, the Oregon legislature has passed the ratification compact as has the Washington House. We hope that the Washington Senate will have concurred and both Governors have signed the state Acts by the time you receive this newsletter.

Other legislative issues, such as reconciling the federal Act with Oregon's land use program and enacting a state bill to restore portions of Oregon's magnificent Columbia River Scenic Highway, must be successfully resolved.

Implementation of the Federal Act.

The U.S. Forest Service must adopt interim management guidelines for the entire National Scenic Area - excluding designated urban areas - by May 7. The guidelines are of paramount importance since they will establish development parameters for approximately the next 4 years, as well as set the precedent for the comprehensive management plan due in 1990. Public input to these guidelines were sought as early as late March . The Friends will closely review the guidelines and provide any necessary suggestions.

Once the States have ratified the federal Act, a 12-person voting commission will be formed to manage approximately 45% of the Gorge (the Forest Service will directly manage another 45%, while the remaining 10% constitutes exempted urban areas). The Friends is participating in the appointments process - six appointments from the Governors, six from the counties- to assure that qualified candidates are chosen. 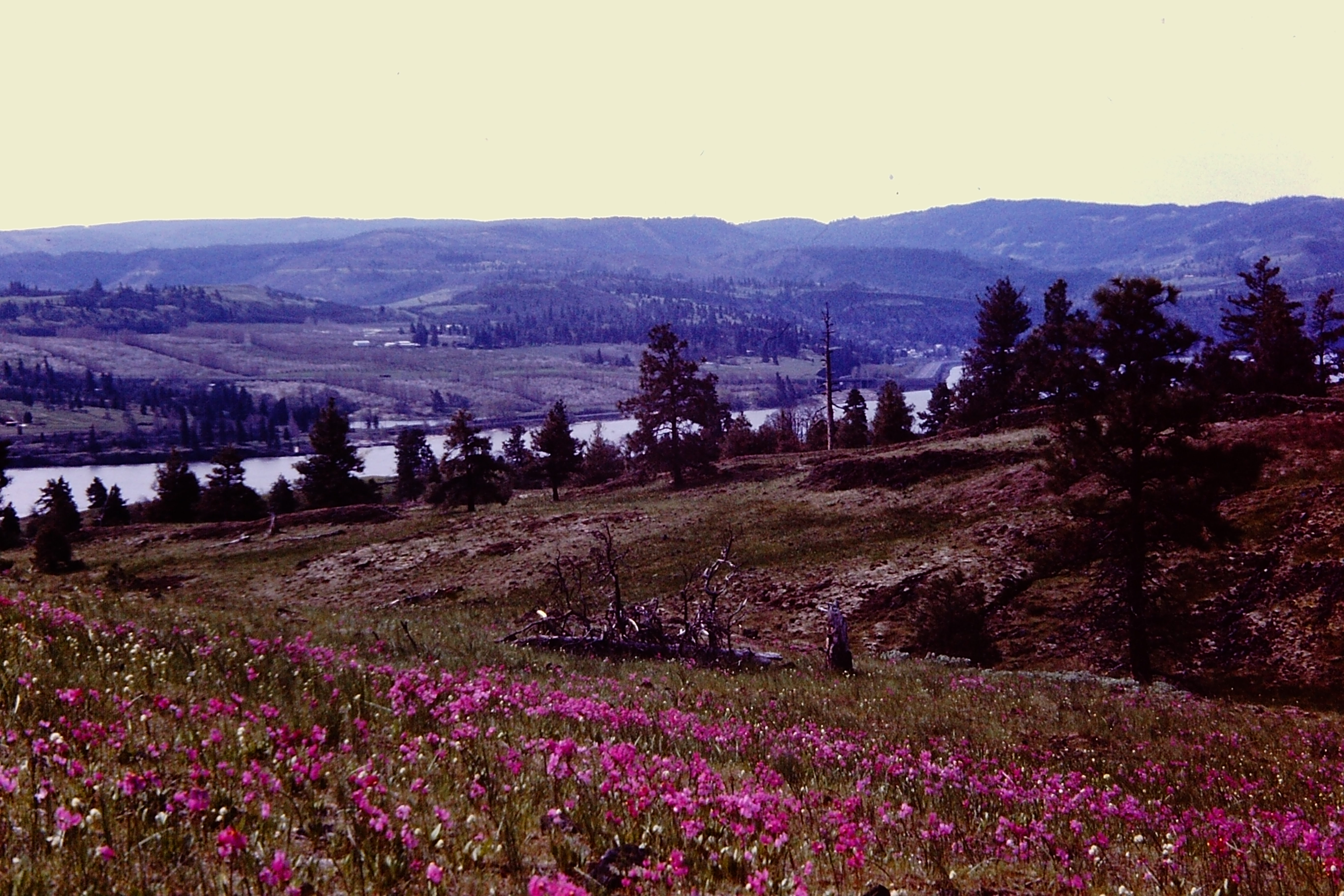 The Friends is also scheduling its usual combination of special events. The seventh annual hiking weekend will occur on June 13 and 14 with over 40 hikes scheduled. We also may co-sponsor, with the Historic Preservation League of Oregon, a cleanup day for the Scenic Highway this summer.

On June 20 and 21, Oregon River Experiences will lead raft trips down a beautiful Gorge tributary, the Klickitat River.

Passage of legislation does not mean the National Scenic Area is automatically protected. We now, however, have the necessary tools to begin the long, complicated process to assure that the Columbia Gorge will be adequately- and fairly- safeguarded.

Recent proposals- including a 40-acre gold placer mine in Skamania County; three rezones that would allow a high level of commercial activity in Rowena; and industrial development in Corbett - confirm our responsibility to see that the letter and spirit of the National Scenic Area Act are strictly observed.

In the words of Washington State Senator Dan Evans:

"... you can pass the strongest pieces of legislation in the world, and if people think it is strong enough that they can stop being vigilant, they are crazy. It always requires that."

Patty Martin, our office manager, also has left for Washington, D .C. to join the staff of the A.C.L.U. Patty singlehandedly held the Portland office together during the rush to enact legislation and also is a real loss.

Friends of the Columbia Gorge continues onward, however. With state ratification and new laws necessary to complete protection for the Gorge, a regional commission to be appointed, interim guidelines to review, development proposals to monitor and perhaps challenge, special recreational and educational events to sponsor, and a host of other activities to lead, Friends of the Columbia Gorge remains a healthy, vigorous organization.

It is your continued interest and membership that have made our past accomplishments possible and our future tasks achievable. Please renew your membership. Your support is needed more than ever.

Bowen Blair Jr. is an attorney who helped pass the Columbia River Gorge National Scenic Area Act in 1986 as executive director of Friends of the Columbia Gorge. He then founded the Trust for Public Land’s Oregon office and, as senior vice-president, oversaw TPL’s land acquisitions nationally. Bowen started TPL’s Tribal & Native Lands Program, which acquired 200,000 acres of land for 70 tribes, and negotiated several tribal transactions including Hetes’wits Wetes (“Precious Land”)—ten thousand acres near Hells Canyon that marked the Nez Perce Tribe’s first return to Oregon since the War of 1877—and a conservation easement over four thousand acres of old growth forest for the Quinault Nation. Bowen was later appointed to the Columbia Gorge Commission, elected chair for two terms, and is now writing a biography about Nancy Russell and her fight to protect the Gorge. (Bio courtesy of Columbia Insight, on whose Board of Directors Bowen currently serves.)

What then-Friends Executive Director Bowen Blair wrote in 1987 is still true today: "It is your continued interest and membership that have made our past accomplishments possible and our future tasks achievable." Make a gift to support Friends' work through the Willamette Week Give!Guide through Dec. 31, 2021, and your donation will be matched. Donate.