Dawn quietly transforms night into day as the early morning sun begins peeking over the Cascades, and the eastern sky above the Columbia Gorge lights up in orange, pink, and yellow hues. Only a handful of places in the Gorge offer panoramic sunrise vistas of the steep canyon walls and the mighty Columbia River reflecting the light. In western Washington, the gateway to the Gorge at Cape Horn holds a treasure on land recently acquired by Friends of the Columbia Gorge Land Trust. After more than 15 years of patient focus and effort to secure this property from private ownership, the new land trust addition has the potential to dramatically expand access to one of the most iconic areas of the Columbia Gorge.

Located on a majestic bluff, the new land trust property lies along the upper Cape Horn trail system leading to the Nancy Russell Overlook. Nestled amid a coniferous forest and deciduous stands, the Cape Horn Preserve is home to spectacular wildflowers and views, and unlike many recreational sites in the Gorge, the opportunity to experience awe here doesn’t require you to slog straight uphill or climb narrow switchbacks. This new property at Cape Horn is generally level and open, offering real possibilities for increasing accessibility to serve residents and visitors beyond the customary Gorge hikers.

A snapshot of history

Prior to its contemporary context, the Cape Horn area had long been within the traditional territory of native peoples of the Lower Columbia River, also known as the Big River. In the 19th Century, peoples of the Lower Columbia suffered from widespread epidemics and displacement from colonization, following Lewis and Clark’s expedition. By 1846, native communities around Cape Horn had been replaced by a homestead settlement for the white settlers arriving from east of the Mississippi River. Today, some peoples of the Lower Columbia are part of federally recognized tribes, including but not limited to the Confederated Tribes of Warm Springs, the Yakama Nation, the Confederated Tribes of Grand Ronde, and the Cowlitz Indian Tribe. Throughout the 20th Century, this remarkable place faced a steady series of development threats. 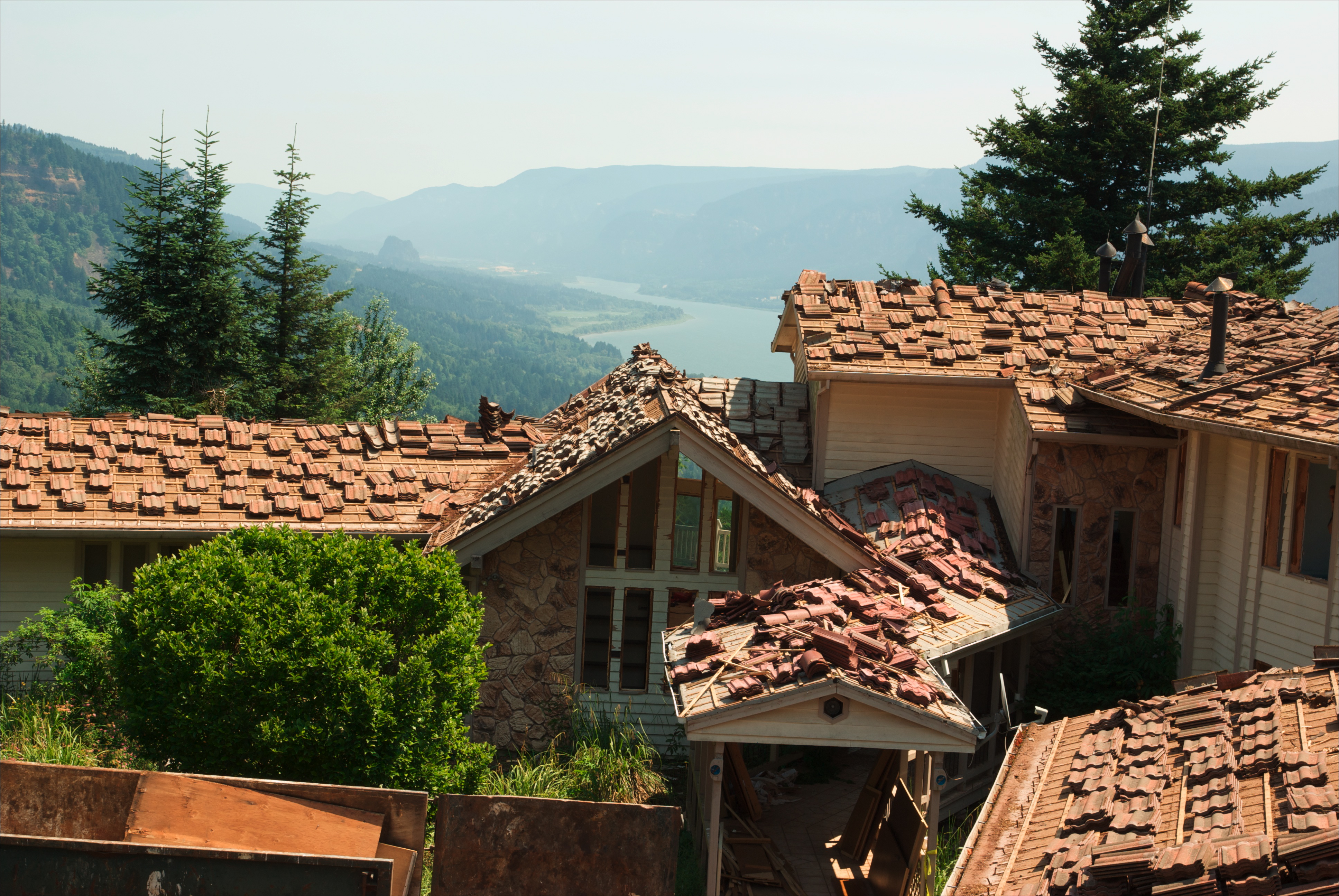 In the 1980s, the Cape Horn bluff was platted by developers as a subdivision—a place where only a few with significant resources would have the privilege of connecting to the land and taking in its stunning views. The large houses that speculators were planning would have been highly visible from 12 designated Key Viewing Areas, which is the highest number of any Friends acquisition to date. Even after the passage of the Columbia River Gorge National Scenic Area Act, the proposed development they called Rimview Estates threatened to change Cape Horn forever.

But those developers hadn’t considered the vision of Friends founder, Nancy Russell. In 1988, Nancy’s passion for Gorge protection began catalyzing the extraordinary efforts that would shape the Cape Horn area as we know it today. In the 1980s, there was no public land at Cape Horn, no public trails or access. But over the next two decades, one parcel at a time, most of the land moved into public ownership, thanks to dedicated conservation buyers including the Russell family. Our land trust’s latest 36-acre acquisition on the Cape Horn bluff brought to completion an agreement Nancy Russell made with the landowners in 2005. Fifteen years later, the last piece finally fell into place. It could not have happened at a more opportune time.

More than a view

Cape Horn is much more than just rugged aesthetics, and this latest conservation acquisition provides a timely opportunity to expand access to the wonders of the Gorge by opening conversations that will include new voices and perspectives that have long been left out. It invites us to think differently and include partnering with underrepresented communities to build a shared vision for the future of this iconic area. It includes a deliberate effort to serve a broader population, so the wonder of a Cape Horn sunrise is more welcoming, safe, and accessible to all.

Creating a community vision for Cape Horn has inspired Friends to rethink our operations and the ways in which we accomplish our mission. We’ve restructured our land trust team to increase our focus on equitable access, cross-boundary land stewardship, and trails and recreation options that are safe for all. This summer, we are assembling a core planning team of external partners to initiate the conceptual design process for Cape Horn Preserve and to increase opportunities for all individuals and families to connect with this inspiring landscape.