Educating the public about the importance of protecting the beautiful, unique Columbia Gorge is part of our mission. Here's an update on how we are educating the Gorge protectors of tomorrow.

For over a decade, Friends of the Columbia Gorge has operated a series of outdoor youth education programs as part of our mission to build a legacy of Gorge preservation for generations to come. In the past month, Friends has worked with partners, volunteers, and schools in both Washington and Oregon to bring more than 350 students into the Gorge for a combination of hikes and interactive learning experiences.

This annual, one-day field trip provides  seventh- and eighth-grade students at the St. Andrew Nativity School in Portland with the opportunity to explore the Columbia Gorge. St. Andrew, which enrolls a high percentage of students of color, works with low-income, underachieving kids to prepare them to attend college-prep high schools. Each school year, Friends takes the seventh-graders out to the eastern Gorge in the fall and the eighth-graders to the western Gorge in the spring. In 2011, the Winthrop family established the Matthew Winthrop Memorial Fund to help fund this effort. In the fall of that year, 20 students attended the first Great Gorge Wahoo! The program has since grown and in 2014, a spring field trip was added for the eighth-grade class. This expansion was made possible through a fund established by current Friends Board member Carrie Nobles in memory of her husband Buddy, who was a longtime Friends volunteer.

Our outing last month with the St. Andrew eighth graders was once again led by Oregon State Parks ranger Kevin Price, who heads diversity and inclusion programs for Oregon State Parks. Price first learned about the Great Gorge Wahoo! program in its infancy. “You need to get me in front of these kids so they can see that someone of their color can do this job," Price said. He's been a mainstay of the trips ever since.

This spring marked the 10th annual Explore the Gorge program. Explore the Gorge was established in 2008 by longtime Friends' supporter Phyllis Clausen, in honor of her late husband to provide a multi-day learning exploration of the Columbia Gorge for Washougal, WA sixth graders. When schools started to lose funding for their own outdoor school programs, Clausen saw a local need for environmental education and established the Vic Clausen Youth Education Fund to start the youth program. Today,  Explore the Gorge operates in partnership with  the Washougal School District, the Camas-Washougal Community Chest, and Army Corps of Engineers rangers at Bonneville Dam. Students taking part in Explore the Gorge spend time at three different sites. While hiking at Hamilton Mountain, for example, they learn about native plants, geology, and how the Gorge was shaped by the Ice Age Floods. At the Beacon Rock Day Use area, they learn about native plants, animals, and “agents of change” in forest environments. And at Bonneville Lock and Dam, they learn cultural history on the Fort Cascades Historic Trail and get their feet wet learning about macroinvertebrates and riparian habitats.

This year we had 10 volunteer naturalist educators, and for the second year partnered with Army Corps of Engineers Rangers at Bonneville Dam to facilitate all of the activities. The students were treated to an assembly by the authors of Terra Tempo, a graphic novel for kids about the Ice Age Floods. Over time, a Gorge-specific student handbook has been developed for the program.

“We are not only making an impression on kids, but also the parent volunteers from Washougal. I had a parent tell me she grew up in the area, owned property, and thought Friends of the Columbia Gorge was just ‘a political group trying to take land.’ She had not realized education, stewardship, and preservation are all central to our work. Making these kinds of connections is critical.” - Claudia Sanzone, Friends member and volunteer educator for Explore the Gorge

Now in its second year, this two-day program held at Friends’ Mosier Plateau land trust property seeks to educate and inspire Mosier Charter School seventh- and eighth-grade students through teachings on biodiversity. It also emphasizes the importance of stewardship work in the Gorge.

The program is a collaboration between the Friends of the Columbia Gorge Land Trust and the Columbia Gorge Ecology Institute, with volunteers from both organizations taking part. Special thanks goes to Friends volunteer Ralph Rogers, who has played a prominent role in developing the program.

At Field Days, Mosier students learn about the importance of biodiversity in the flora and fauna of their surroundings. They also learn more about the place they live, the Columbia River Gorge National Scenic Area, including the Scenic Area’s functions and how organizations like Friends and land trusts play a role in the protection of Scenic Area resources. On the first day, students visited four stations (wildflowers, reptiles, birds, and mammals) to familiarize themselves with Mosier Plateau. On the second day, students rotated among five stations to learn about plant diversity, including such activities as investigating the life forms utilizing a dead tree and measuring tree height. The goal was to observe with a more detailed lens, take measurements, and in general get them thinking about specifics of biodiversity and science.

Students were encouraged to lead themselves and figure out answers (or educated guesses) to questions in the provided handbook on their own without help from the leaders and teachers.

"Sharing the importance of being a steward of the land to younger generations is critical to the scenic area, the Pacific Northwest, and the world. Watching a student obsessively identify wildflowers made the entire outing worthwhile for me. If we can reach out to even a few students we’ve done our job.” - Sara Woods, Friends Land Stewardship Coordinator 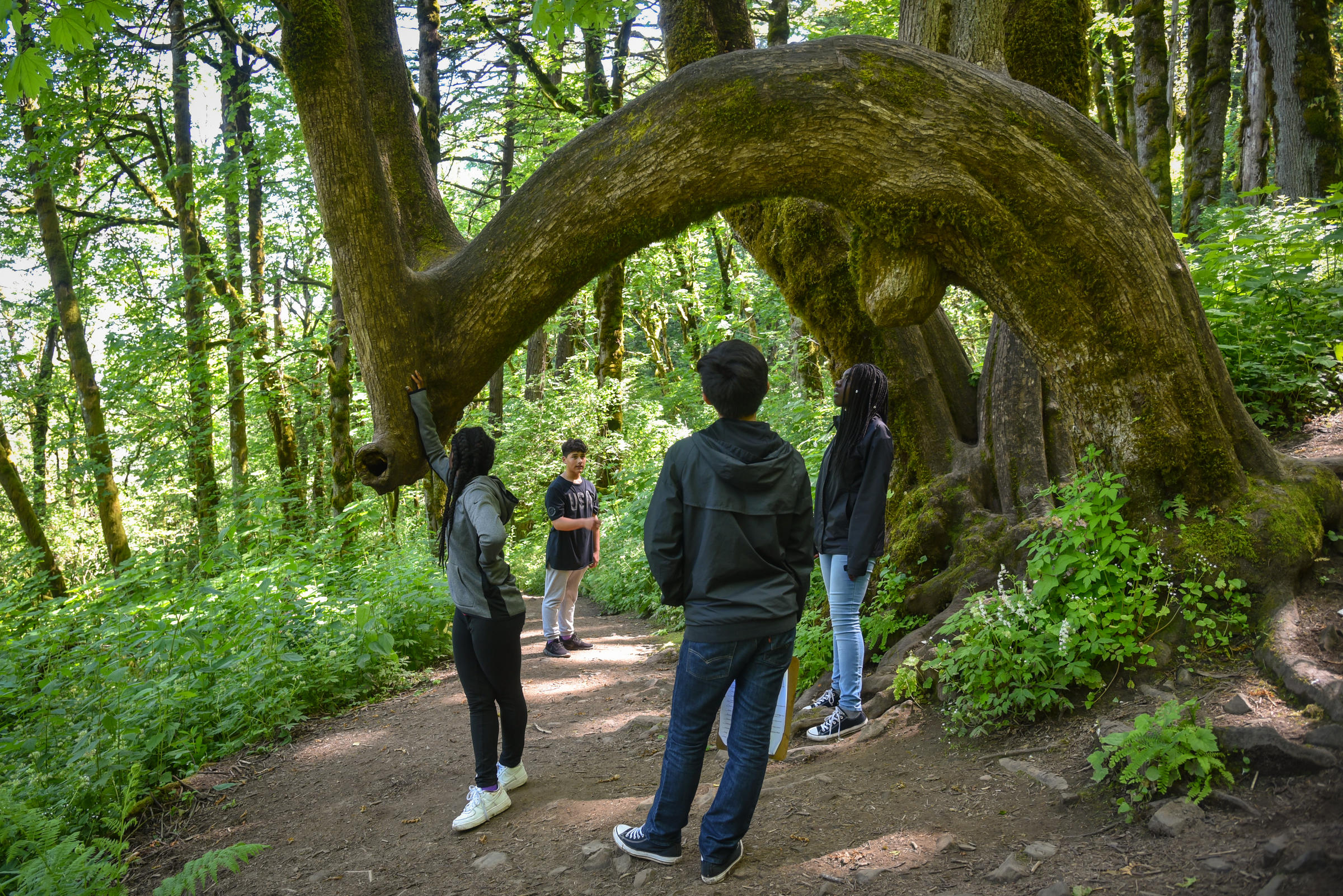 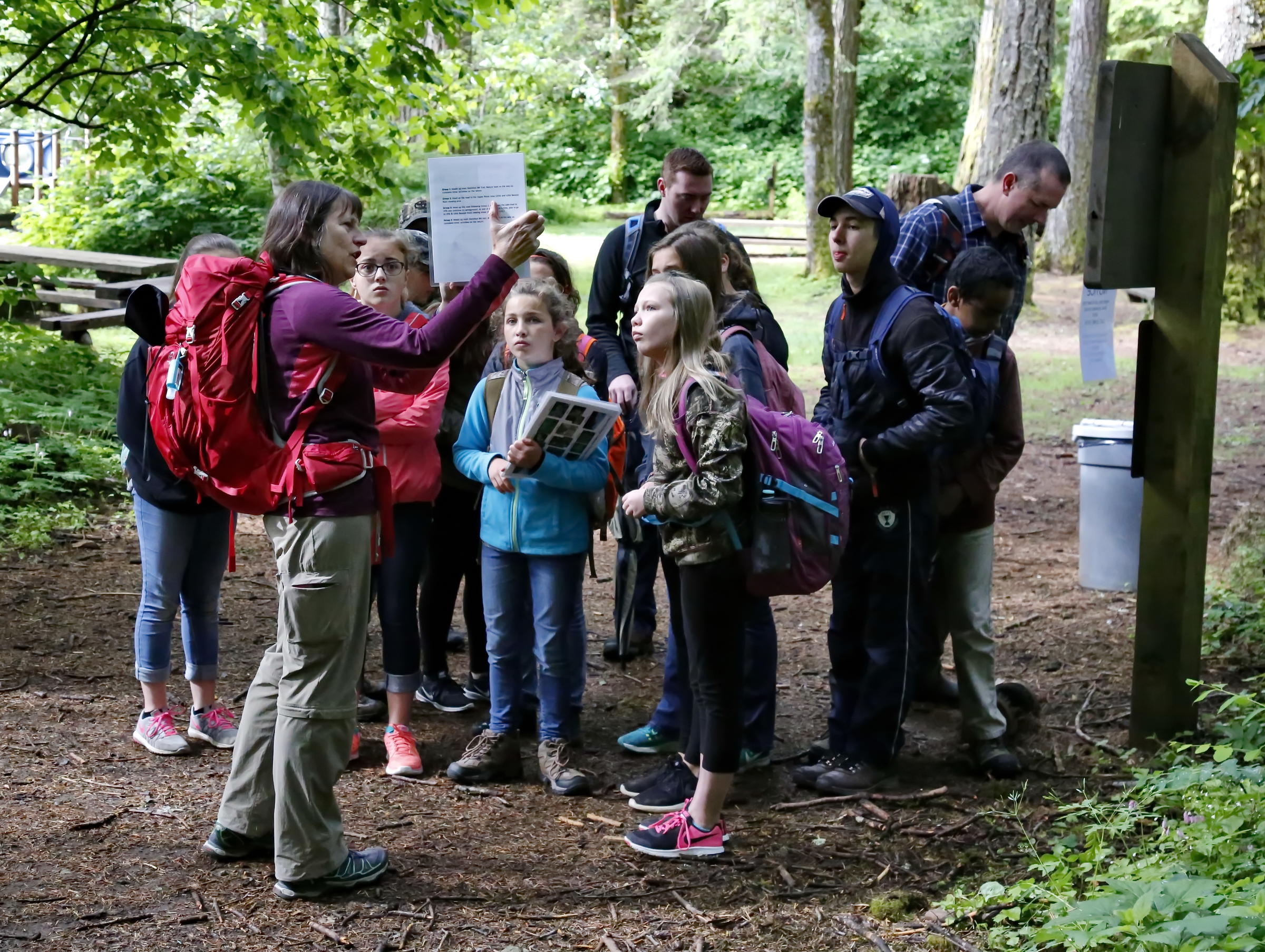 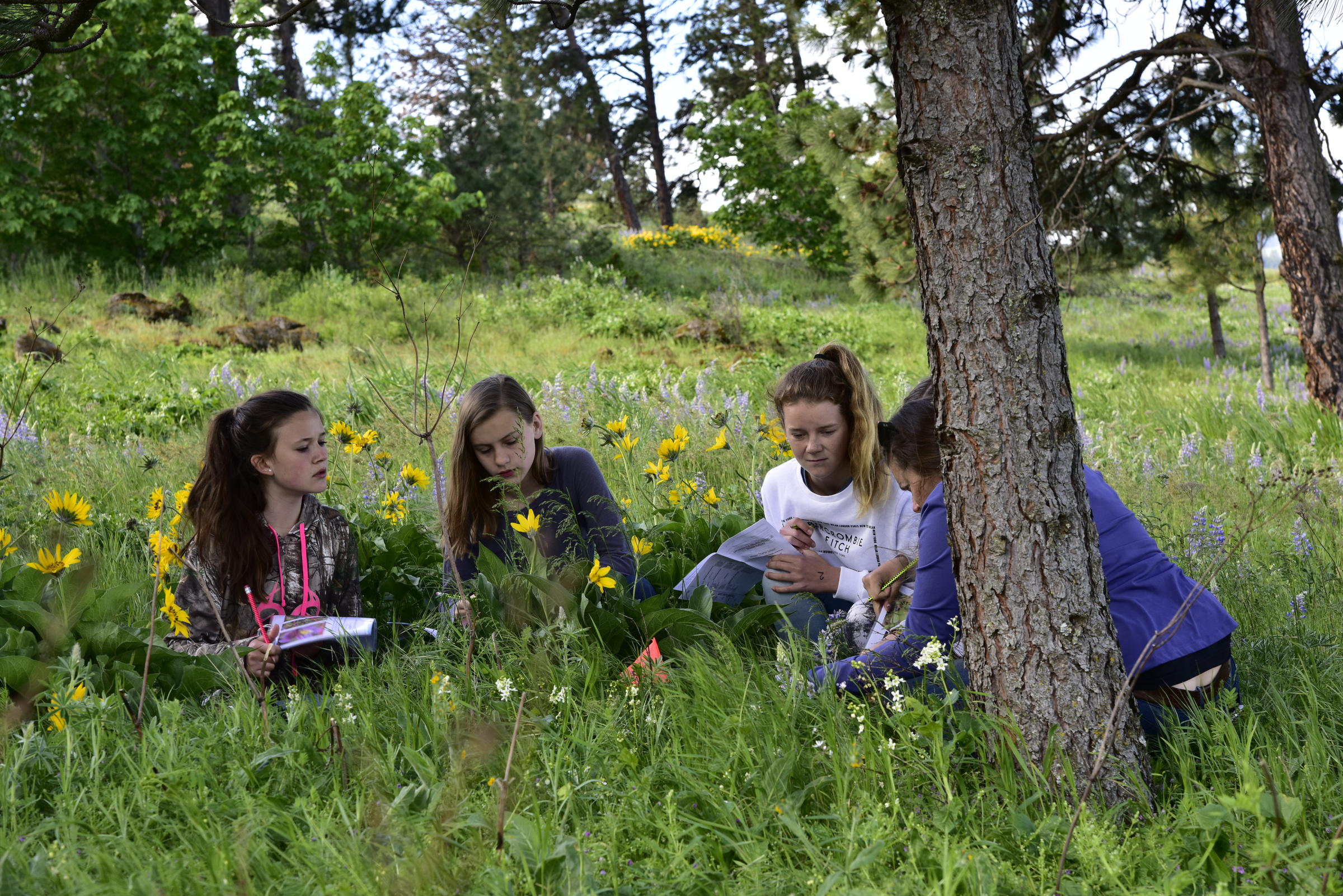 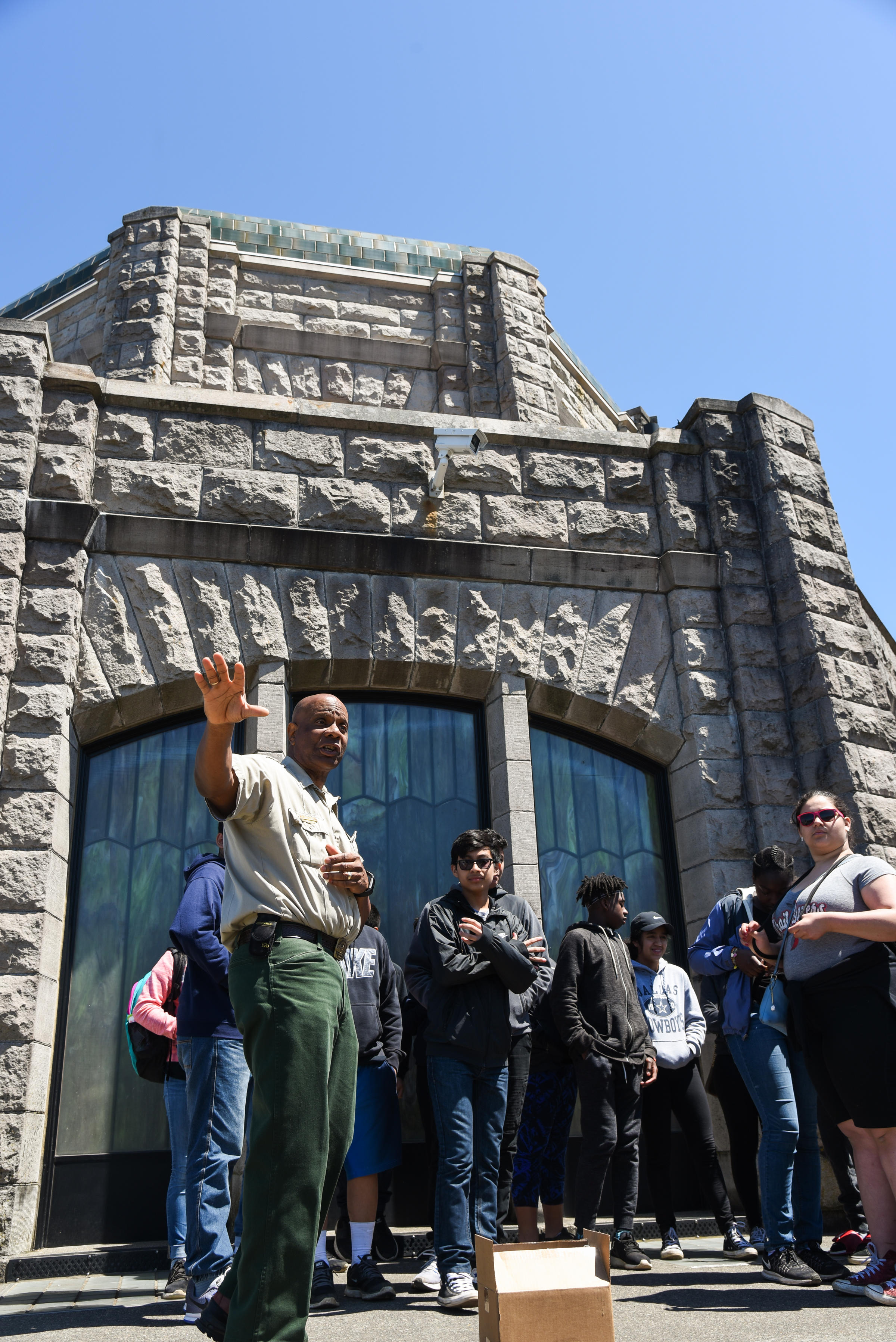 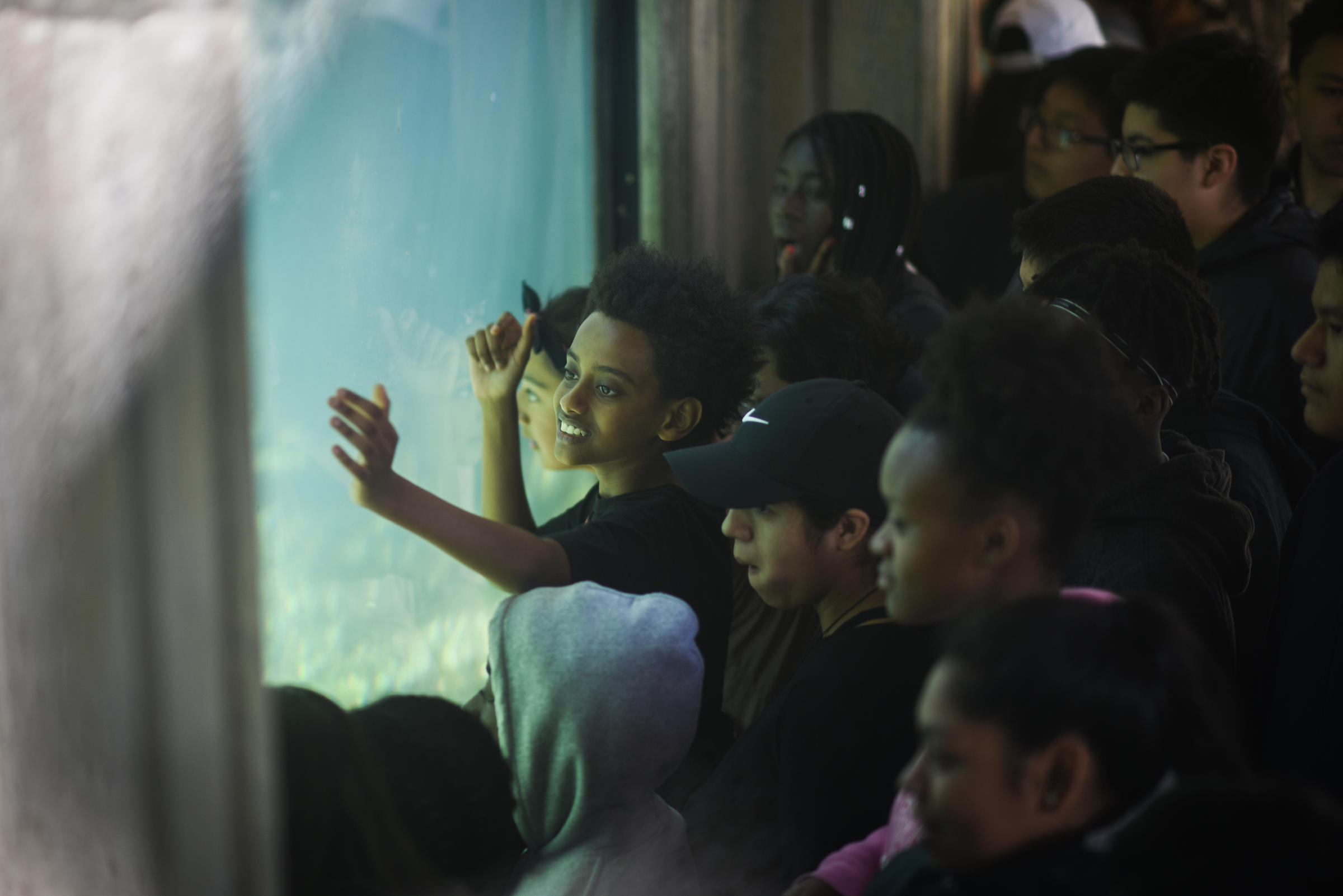 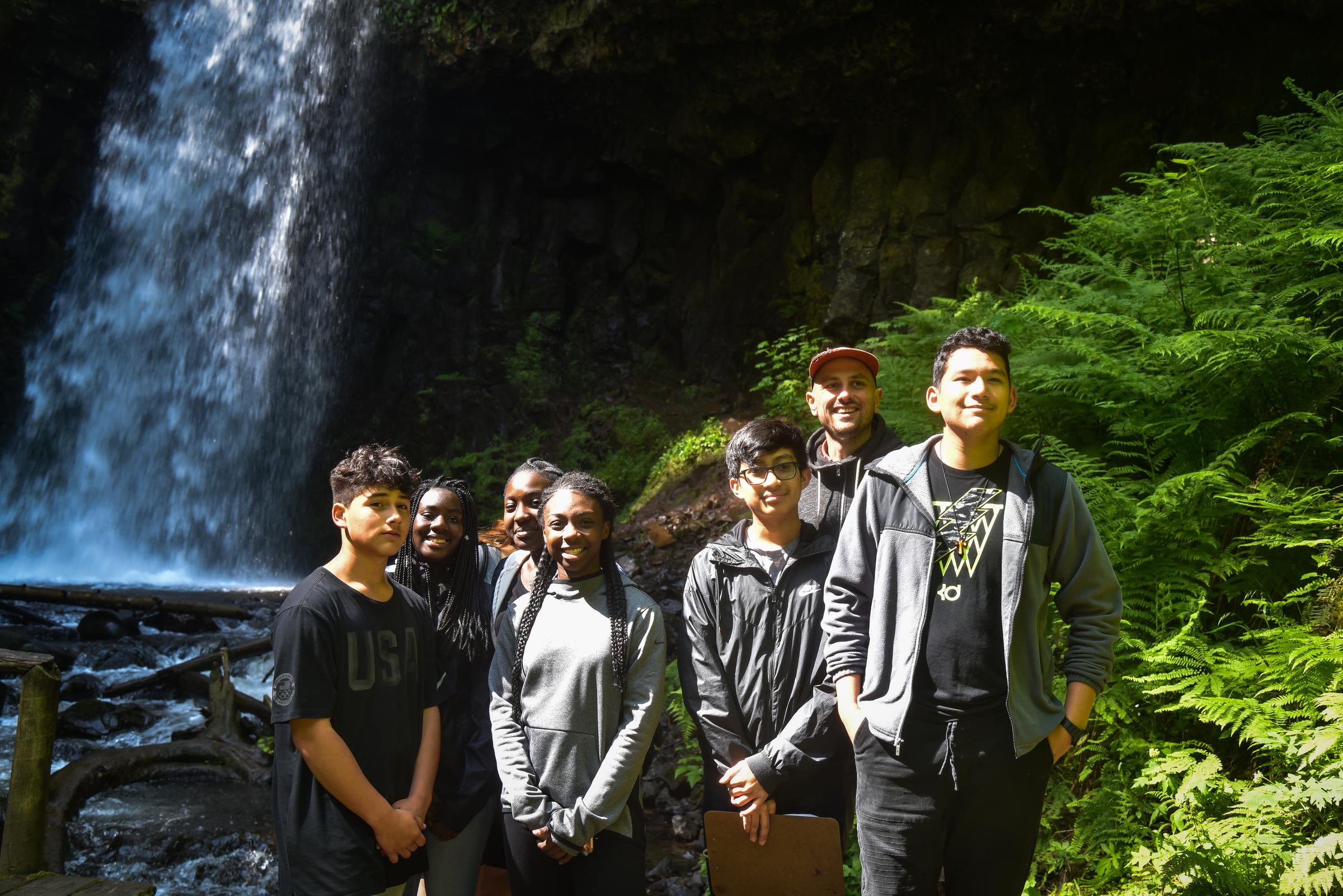 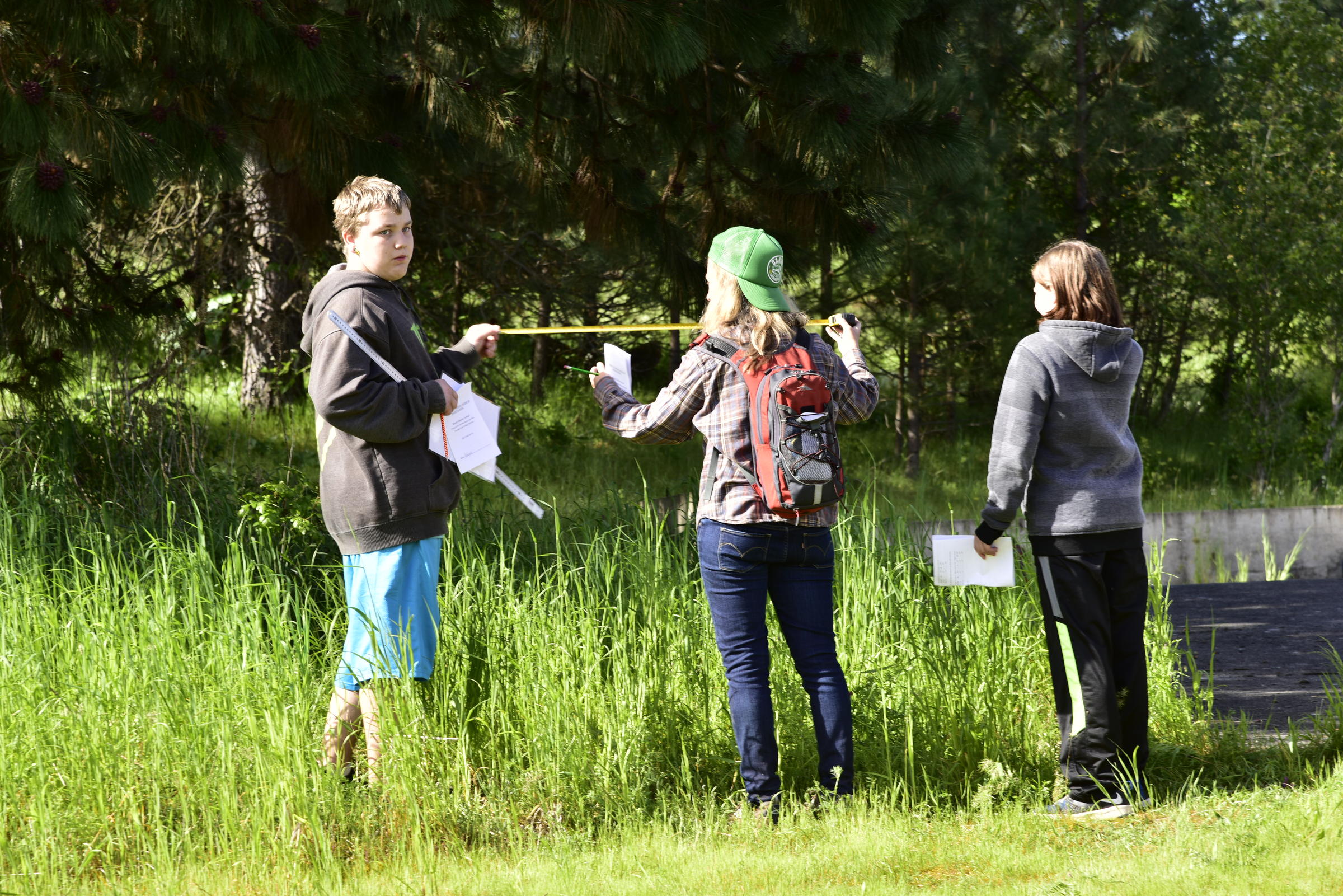 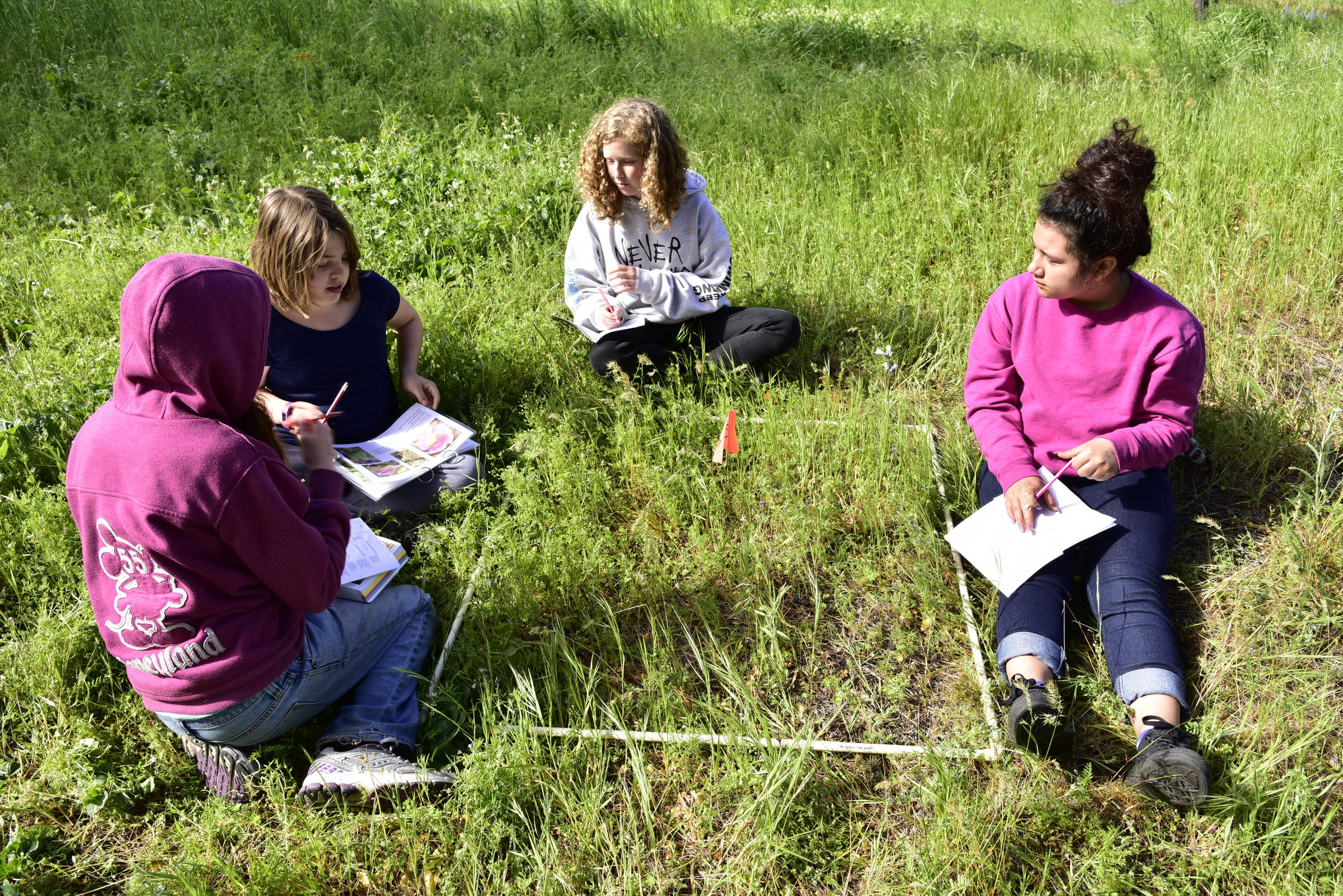 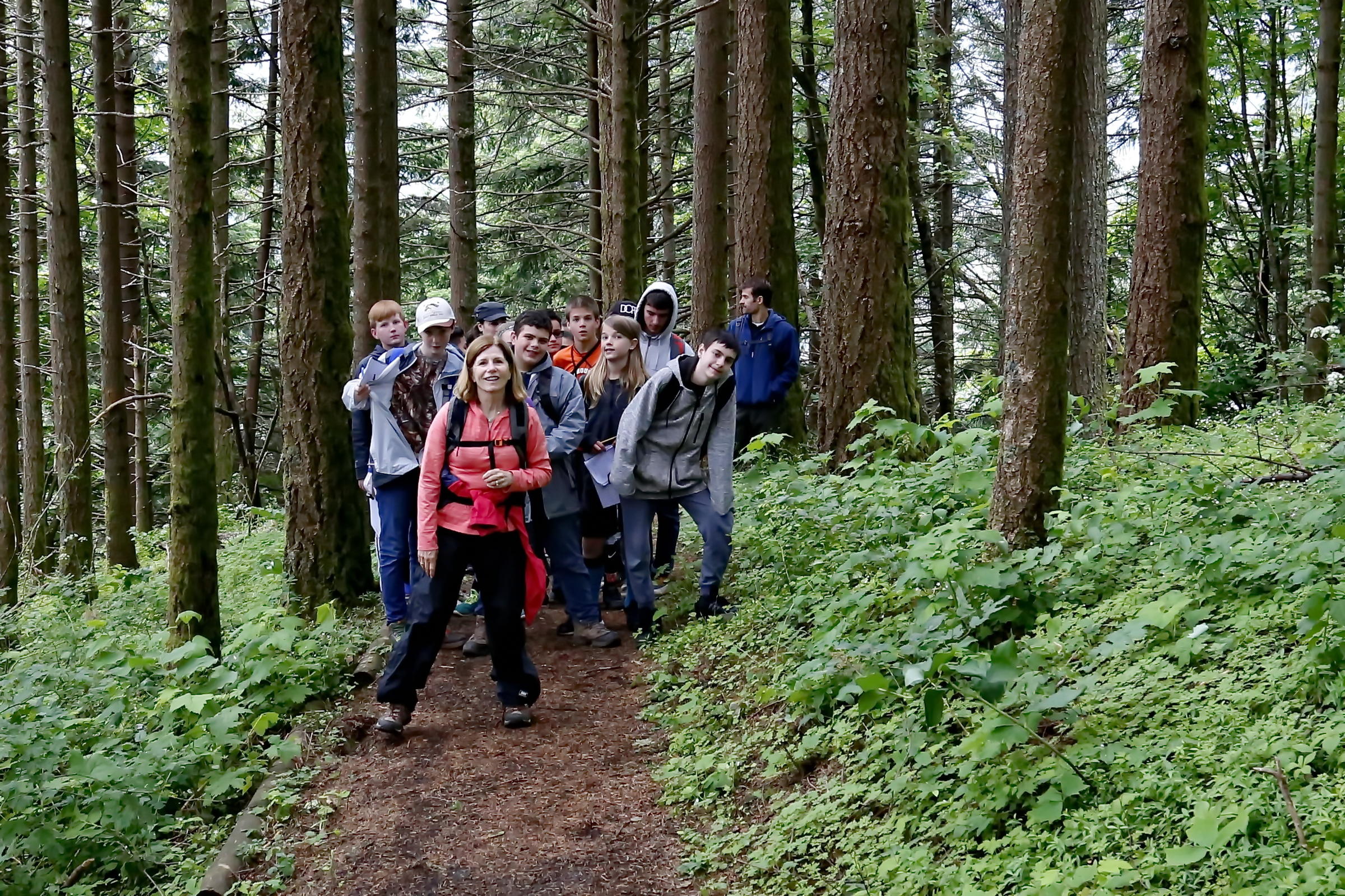 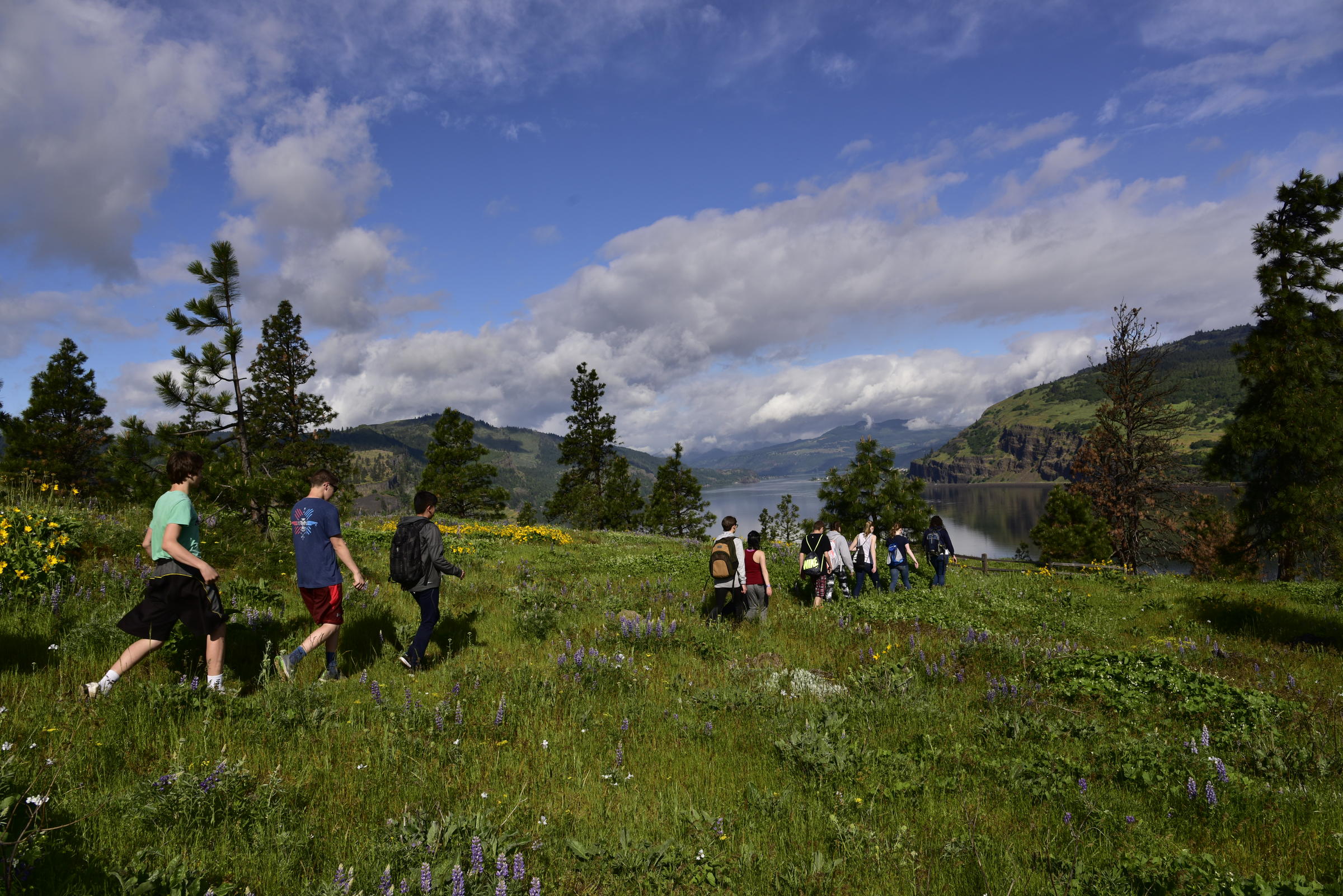 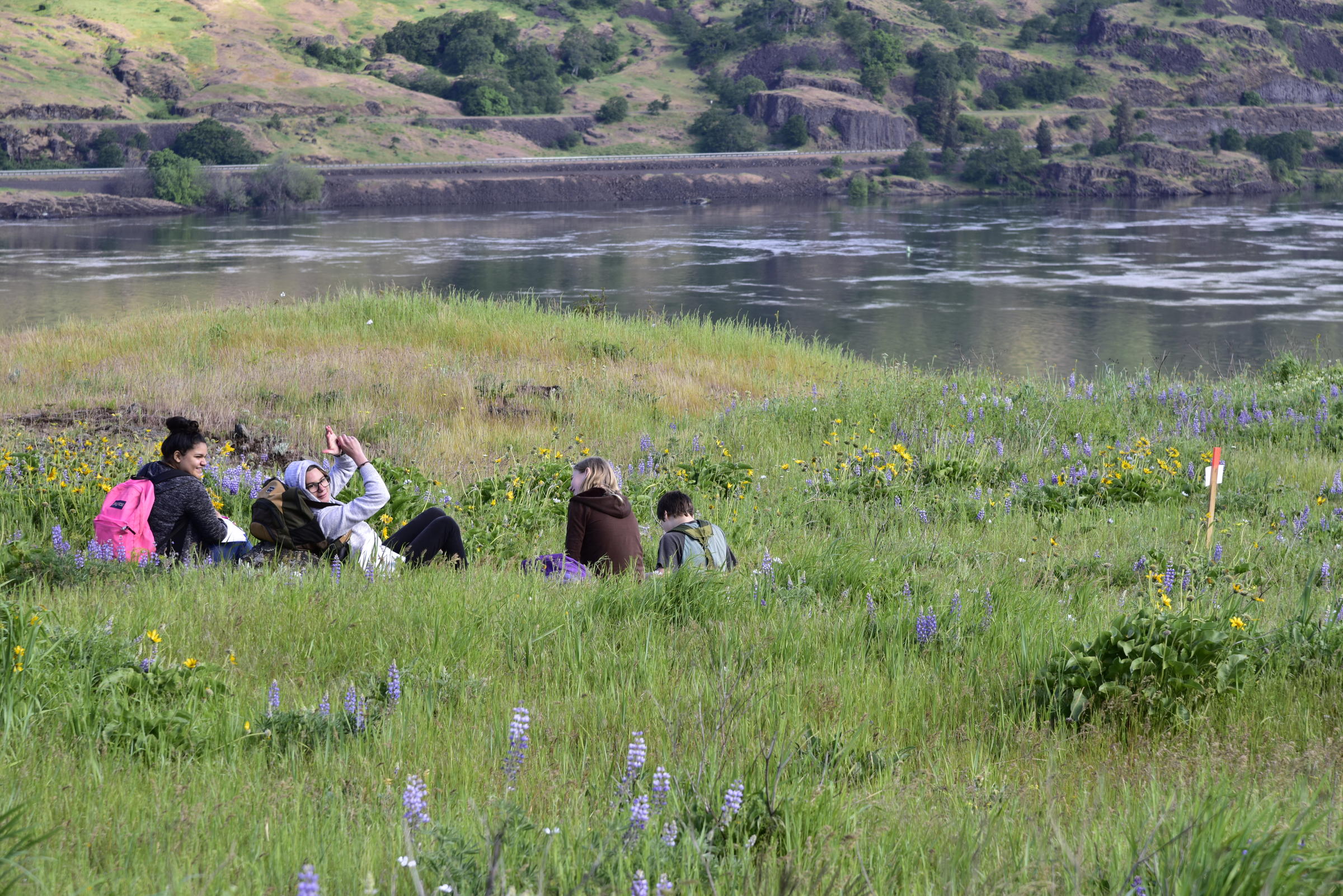 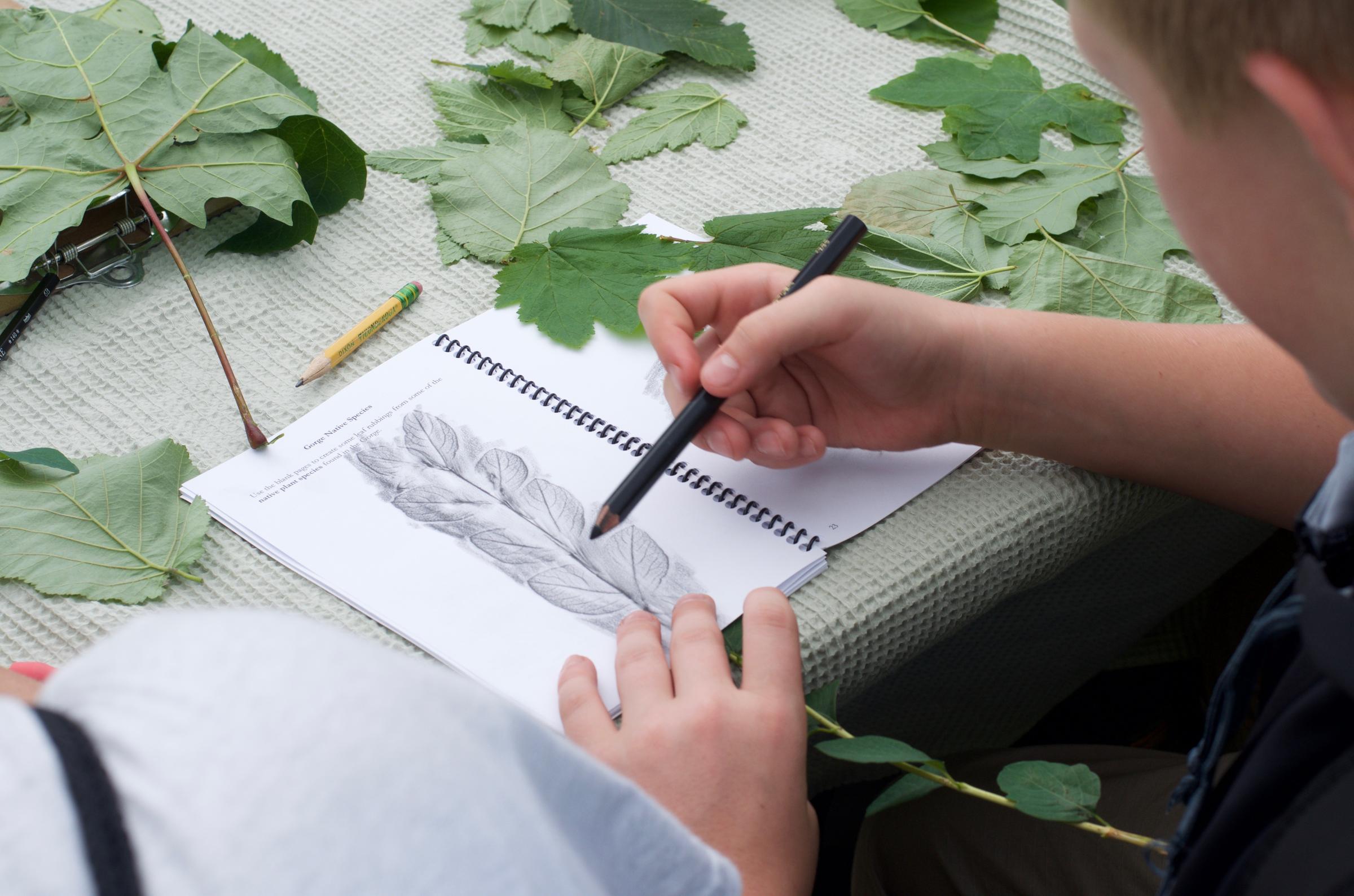 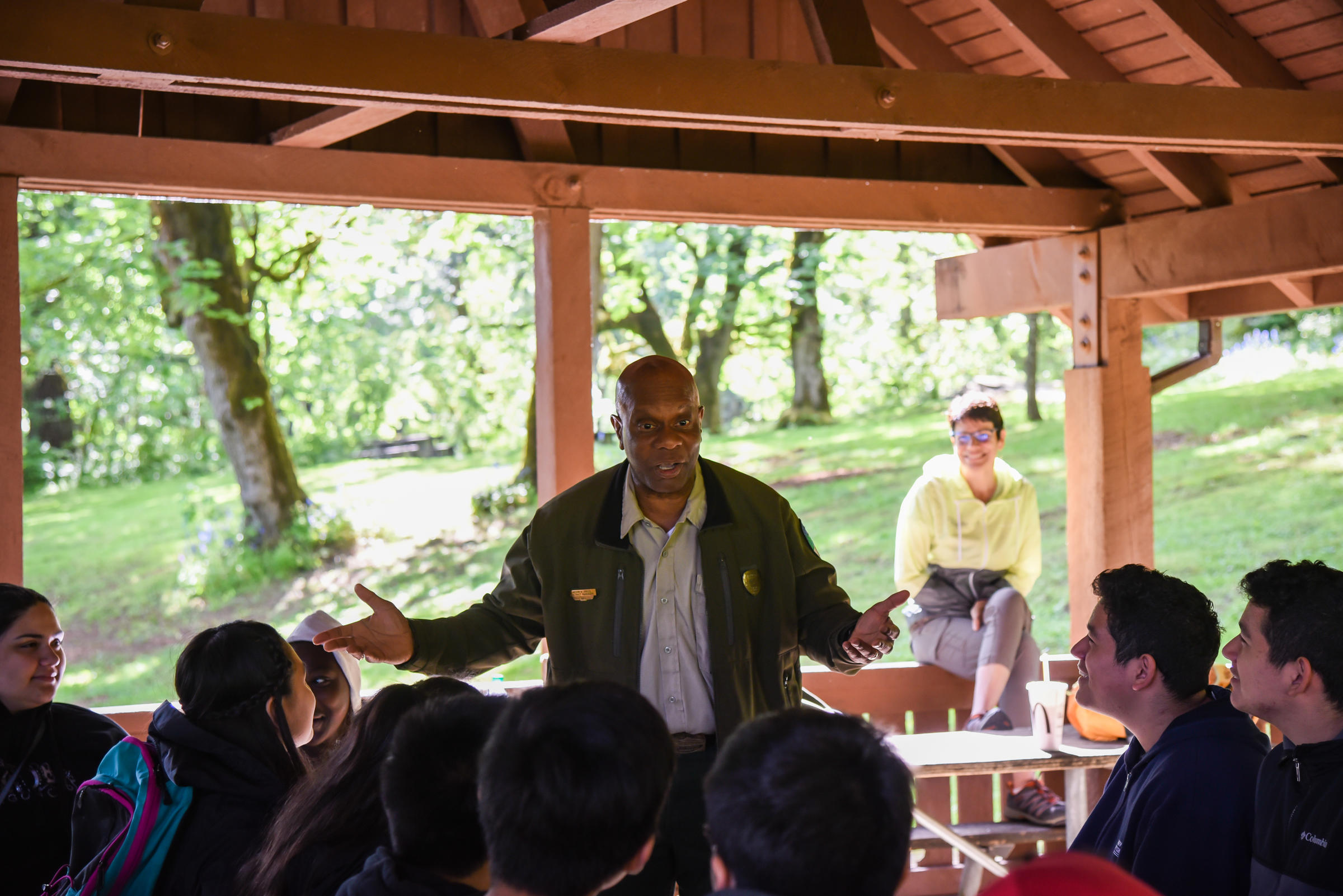 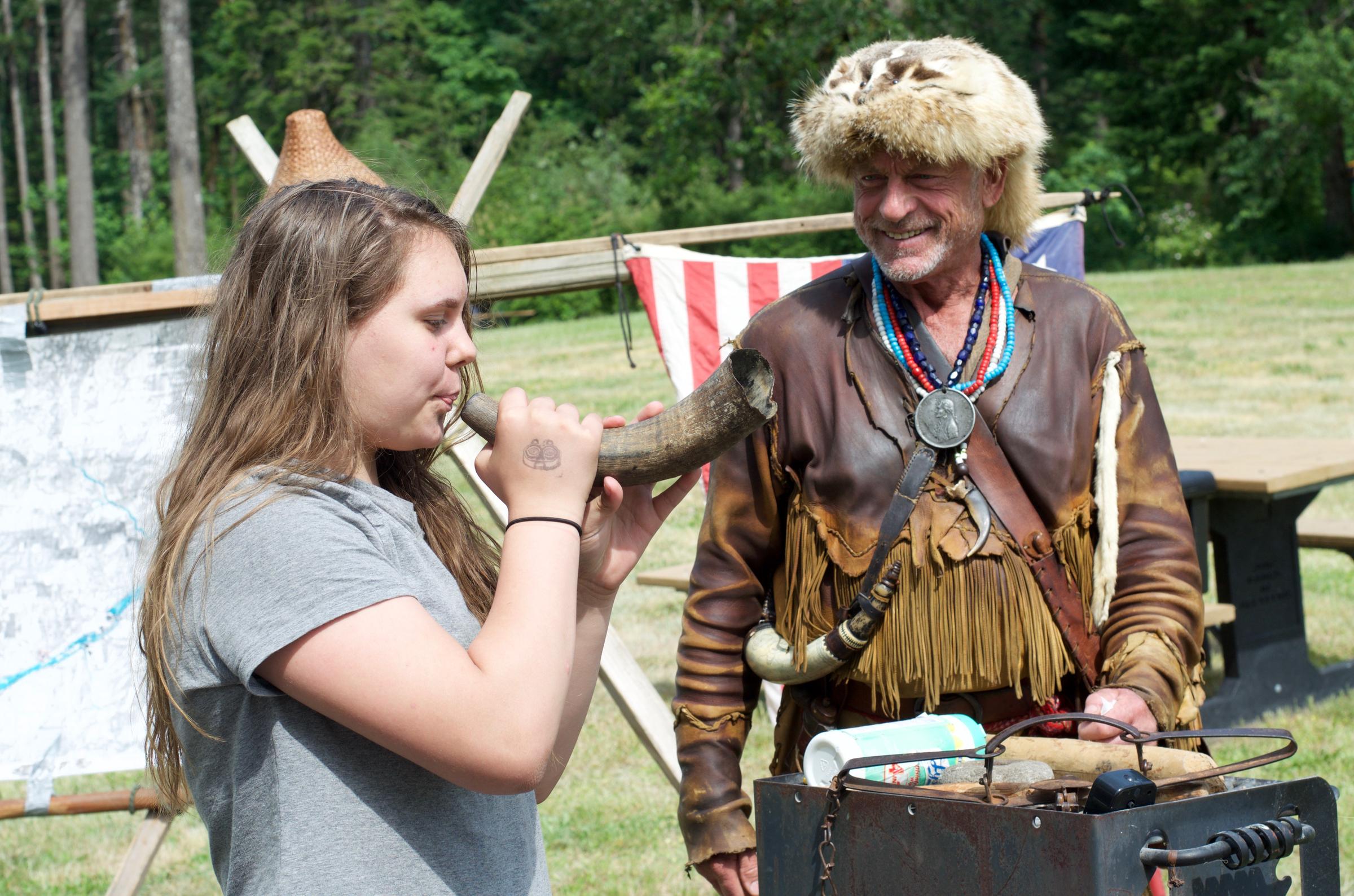 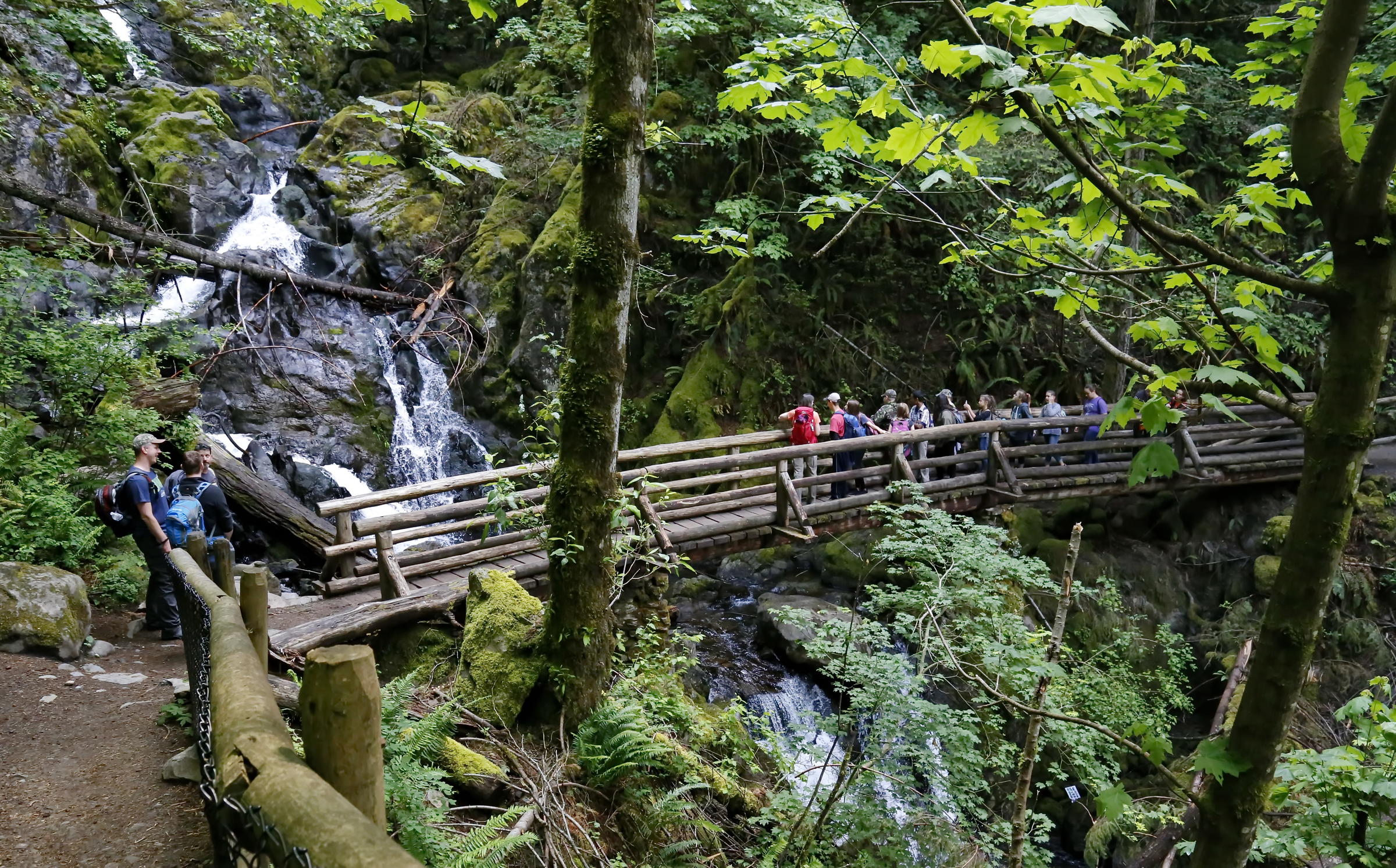 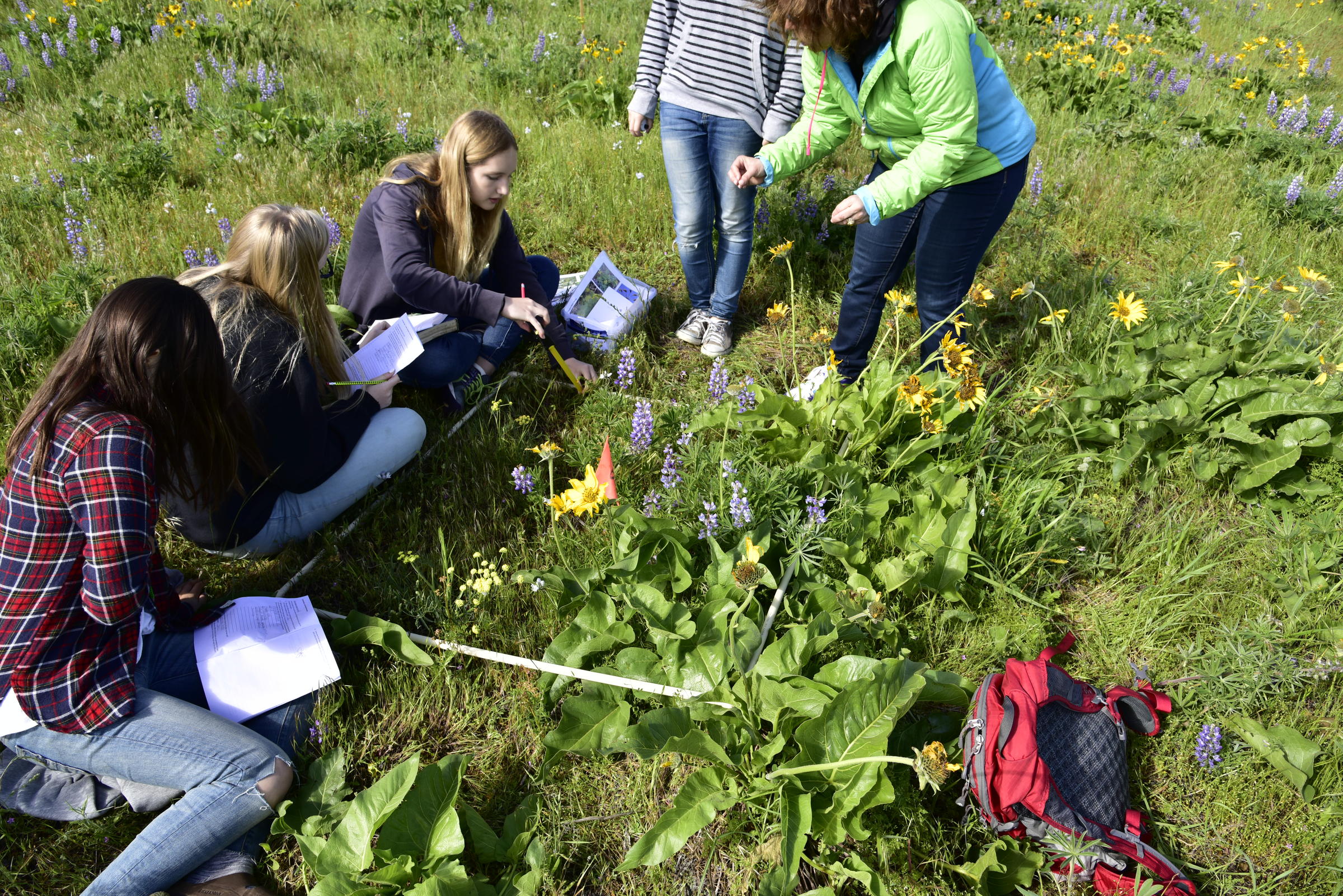 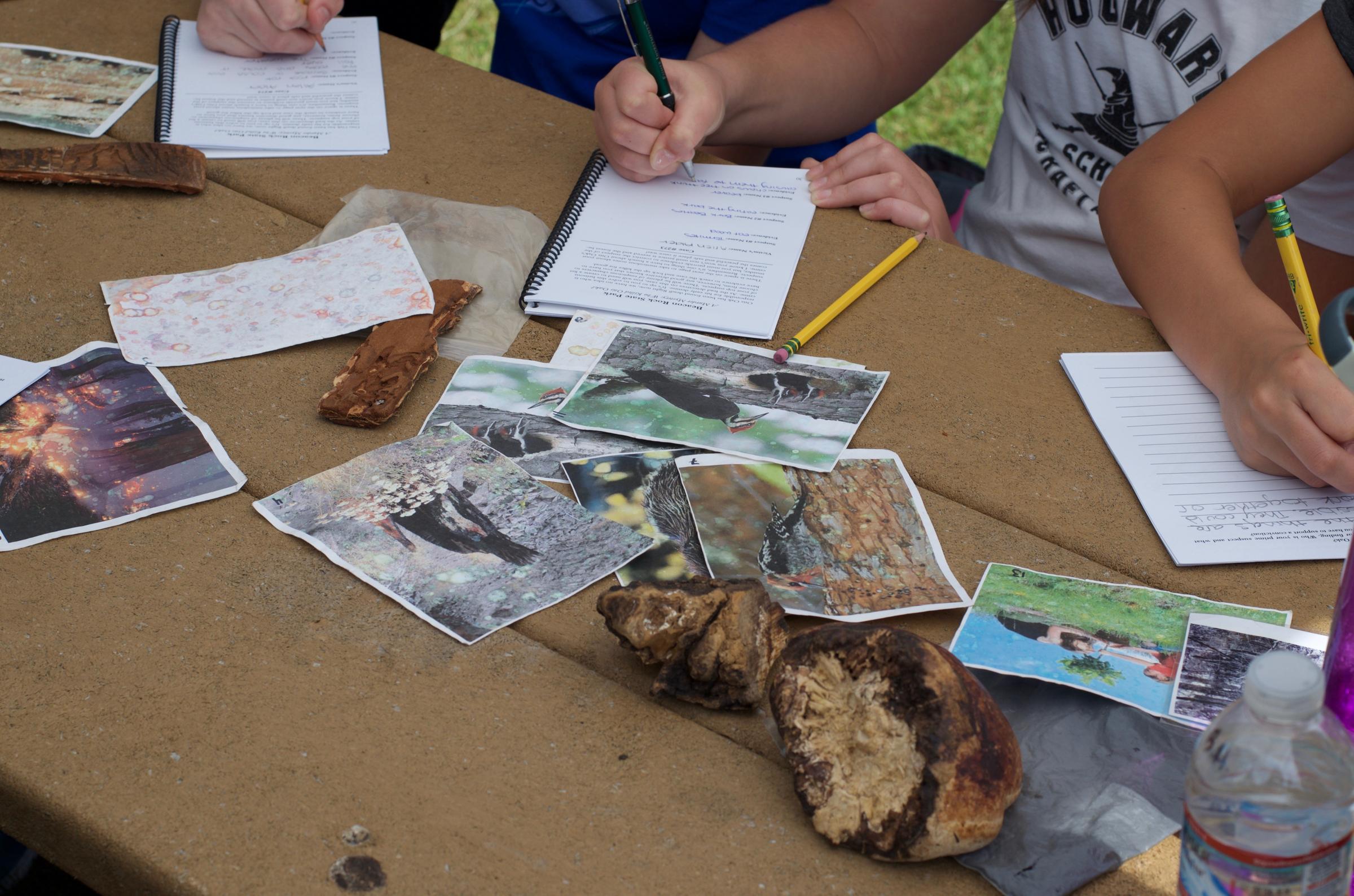 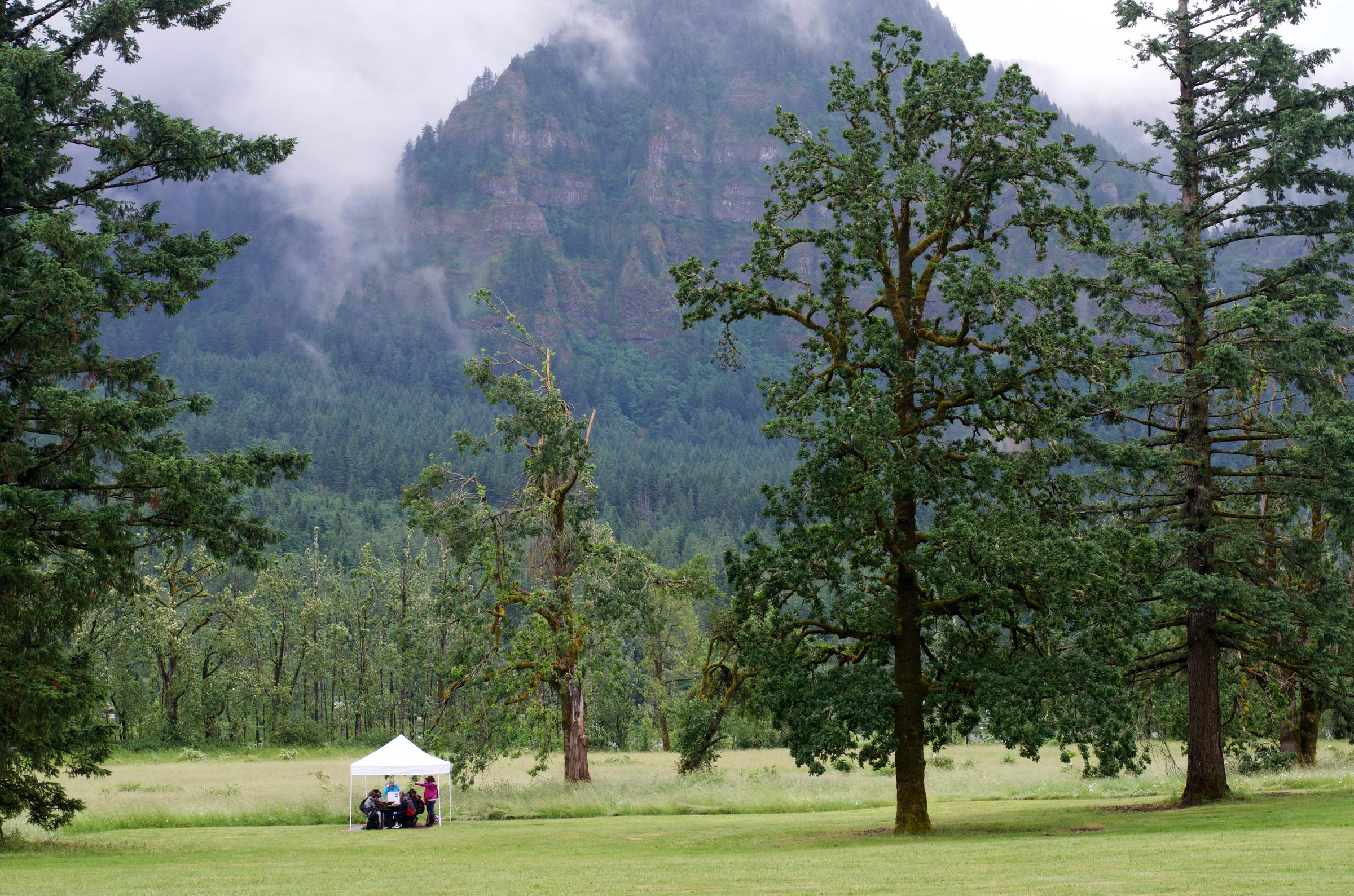 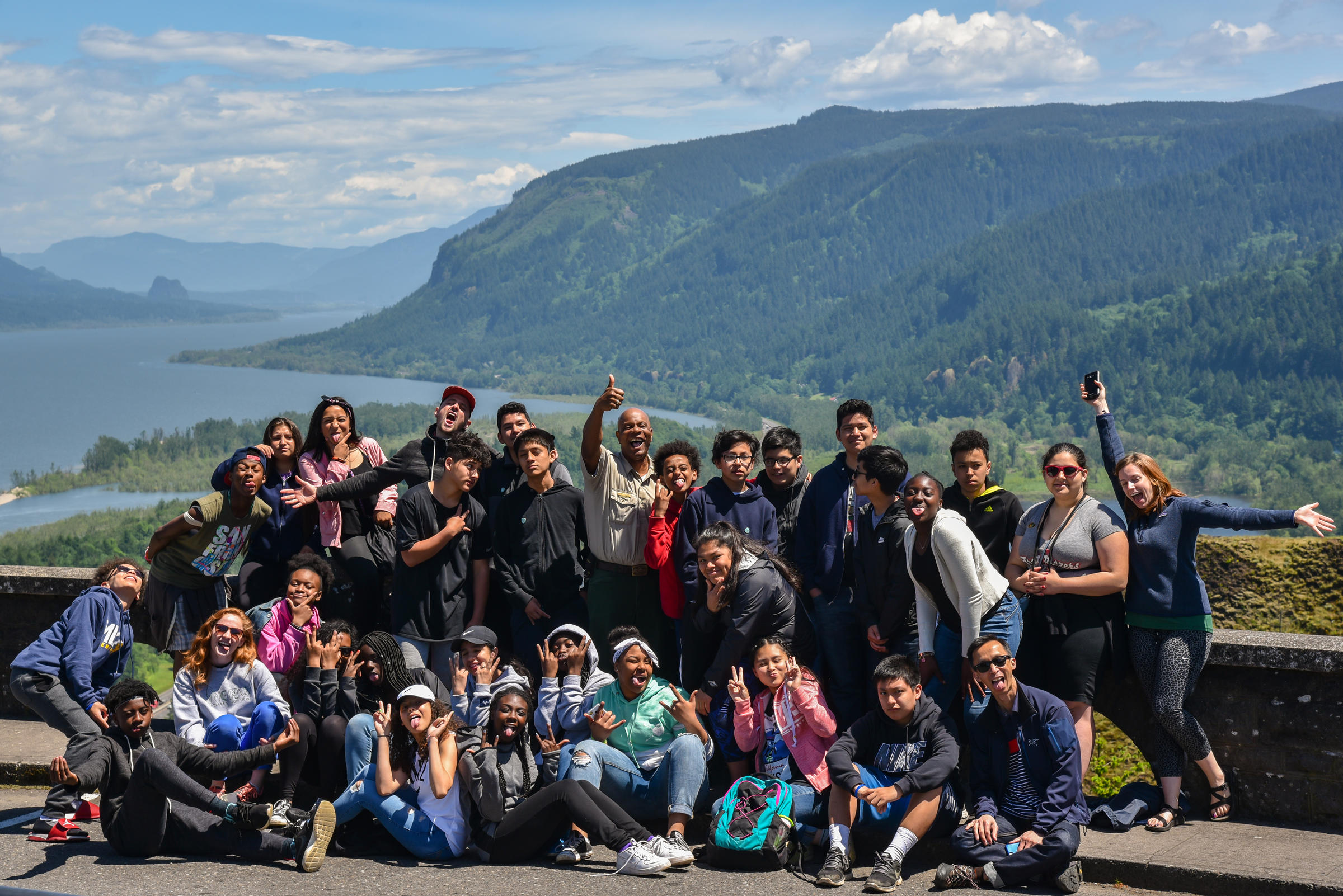