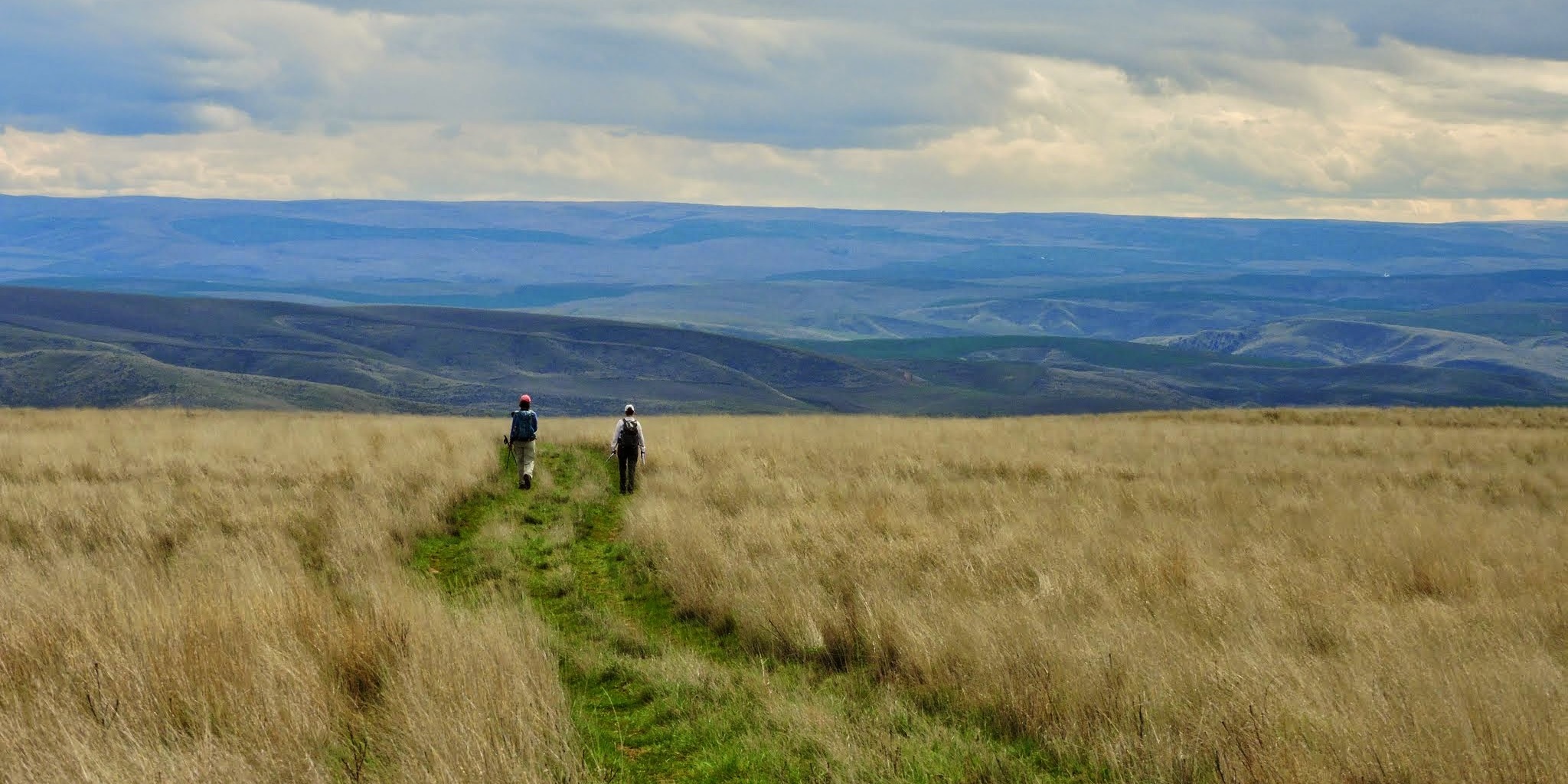 Find out about Gorge conservation issues and take action from your phone.

This easy-to-moderate, figure-eight loop ranges from 5 to 8.5 miles, with up to 1,300 feet of elevation gain. On rolling hills once grazed by cattle at Dalles Mountain Ranch, wildflowers are now abundant in spring, and the song of western meadowlarks nesting in the grasses and flowers accompanies hikers. Views of the eastern Gorge are epic in every season. With very little shade, this is a hike for fall through spring.

This property is managed by Washington State Parks. A Discover Pass is required to park. Purchase one in advance. Dogs are required to be leashed at all times.

This hike is at the former Dalles Mountain Ranch, a large ranch that ceased operations in the early 1990s.

Yakima Valley ranchers Pat and Darlene Bleakney ran the ranch for 18 years until they were preparing to retire. Recognizing its natural beauty and historical value, they approached the state of Washington in hopes of moving their beloved property into the public domain.

The upper ranchland (see the Stacker Butte hike) was sold to the Washington Department of Natural Resources in 1993. About 3,200 acres, including Stacker Butte, became the Columbia Hills Natural Area Preserve, set aside to protect rare plant communities. The balance of the ranch, about 3,100 acres, including most of the structures and ranch house seen on this hike, was deeded to Washington State Parks. With existing park areas along the riverfront — Horsethief Butte and Horsethief Lake — it was consolidated into one park, Columbia Hills Historical State Park.

After this hike at the old Dalles Mountain Ranch, cross the river to have a meal and spend the night in historical The Dalles, Oregon. Lift a pint in a former U.S. Mint building, or in an 1876 saloon, or enjoy other restaurants on and near Second Street, downtown’s main street. Afterward, take a short stroll along The Dalles Riverfront Trail, or in summer wade or swim at the Riverfront Park beach or at The Dalles Public Pool and Splash Park, renovated in 2016.

Other Hikes at or Near This Trailhead

From the intersection of U.S. 197 and SR 14, drive 3.6 miles east on SR 14 to the Crawford Oaks Trailhead and parking area, on the left (north) side of the road. This trailhead leads to the hike’s lower loop. To start at the upper loop, from U.S. 197 and SR 14, drive 0.9 mile east on SR 14 and turn left on gravel Dalles Mountain Road. In 3.4 miles, keep right and drive another 0.2 mile to the parking area and restroom beyond the ranch buildings.