Closed to the public; sensitive habitat for the western pond turtle, endangered in Washington state.

Turtle Haven is a 65-acre preserve located on the Washington side of the Gorge near the community of Stevenson.

The property is predominantly coniferous forest with patches of open meadow. This property is abundant with ponds and streams as well as grassy upland habitat that creates the perfect environment for the western pond turtle, endangered in the state of Washington.

The landscape of Turtle Haven is a result of a slowly creeping landslide called the Collins Point Slide that has caused the land to transform dramatically over time, resulting in the ponds, wetlands, vernal pools, and creeks that define the preserve today.

Besides the aquatic habitat on which the western pond turtle depends, the coniferous forests of Turtle Haven provide habitat for large animals like black bear, elk, mountain lions, eagles, and owls. 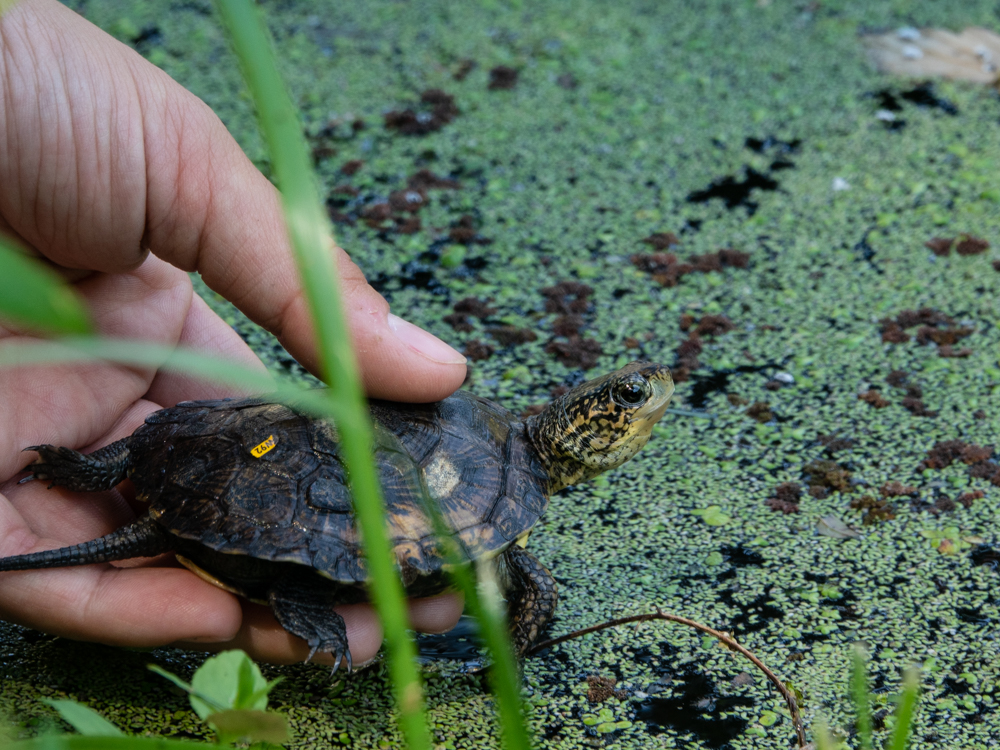 The western pond turtle, once common from Baja California to the Puget Sound, is listed as an endangered species in Washington and a sensitive species in Oregon. Three decades ago, western pond turtles were on the verge of completely dying out in Washington, with only approximately only 125 remaining in 1990. Since then, more than 1,500 zoo-reared turtles have been released. 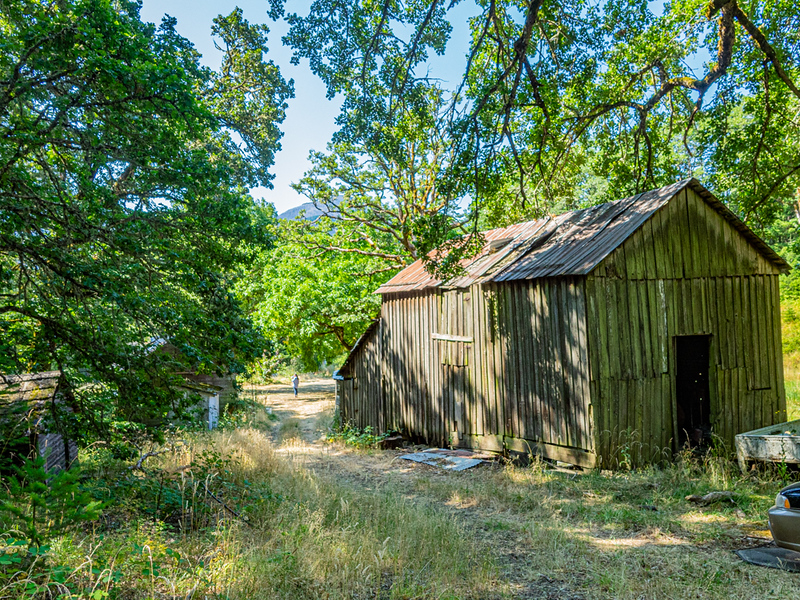 The land on which Turtle Haven lies was once a family homestead for multiple generations. The Washington Department of Fish and Wildlife (WDFW) had been closely watching the status of ownership of this property because of its potential for turtle protection. When the previous owners put the property up for sale in 2015 Friends' land trust purchased Turtle Haven on WDFW's recommendation through the Preserve the Wonder campaign.

Though Turtle Haven has beautiful natural features, it is far from pristine. As the property was once a homestead, it has several dilapidated outbuildings as well as quite a bit of junk like old cars and appliances.

In 2017, a group of volunteers removed junk from the property. Working all day, they filled a 20-yard Dumpster with multiple tons of junk including old furniture, scrap metal, washing machines, and other debris. These volunteers made a significant change on this preserve which will allow free passage by wildlife in the cleared areas. A professional cleanup crew made further progress in early 2022, removing heavier debris and taking down structures.

Staff and volunteers are continuing efforts to clean up the preserve, including demolishing the outbuildings.

Since purchasing the property, the Friends stewardship team has worked to improve the turtle habitat at Turtle Haven in coordination with WDFW, the U.S. Forest Service, and U.S. Fish and Wildlife. The western pond turtles of course use the ponds on the property, but they also need the upland habitat. 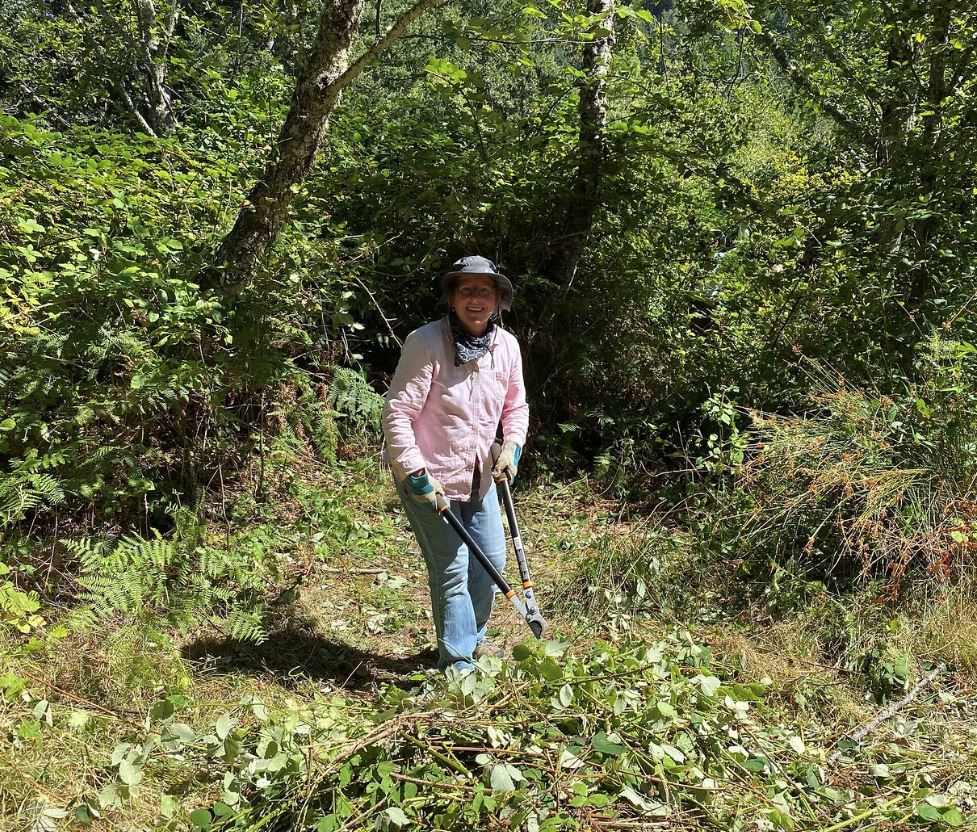 The grass is cut every autumn so that the meadows near the ponds get enough solar exposure needed for female turtles’ nest preferences. The invasive Himalayan blackberry is being controlled to allow for turtle movement between ponds.

American bullfrogs, an invasive species on the west coast, eat hatchling western pond turtles and push the turtles out of their niche. The stewardship team, including contractors, has been working to remove bullfrogs to reduce turtle predation. The bullfrogs lay large masses of eggs (one female bullfrog can lay up to 30,000 eggs in an egg mass) in the spring and summer months. During the egg-laying period the egg masses are searched for and removed via kayak from the ponds preventing the eggs from hatching and becoming thousands of new bullfrogs. The project also includes culling adults and tadpoles using a variety of methods.

In 2019, for the first time on the property, young turtles raised in captivity by the Oregon Zoo were released into two ponds on Turtle Haven. The hatchling turtles were collected in the wild and raised in perpetual summer-like conditions at the zoo so that when they were later released, they were larger and effectively too big for predators like the bullfrog to eat. The event was attended by media to celebrate the ongoing partnership between the Oregon Zoo, Washington Department of Fish and Wildlife, and Friends to help preserve and protect the western pond turtles in the area.

Also in 2019 the Friends Land trust was awarded funds from the U.S. Department of Fish and Wildlife to restore the turtle habitat at the Turtle Haven preserve. The majority of the restoration work will be culling the bullfrog population as well as controlling invasive plants like Himalayan blackberry and replanting native species. 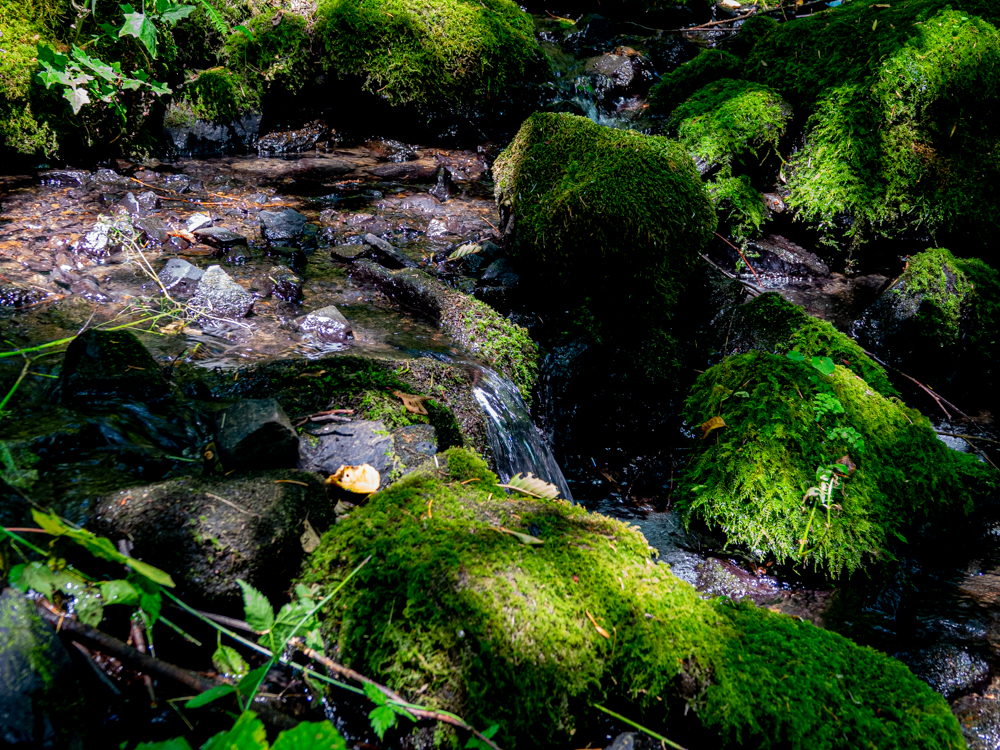 In 2015 The Nature Conservancy completed an assessment designed to identify areas that were crucial to conservation in the face of climate change. This project looked across the Pacific Northwest to identify areas with a high level of “geodiversity” –landscapes with a complexity of soils, elevation, aspect, and bedrock that make them more likely to offer accommodating habitat to plants and animals that will be on the move in response to climate change.

According to that analysis, the rugged cliffs and open meadows of nearby Buck, Wind and Dog Mountains have an “above average” rating for climate resilience. Investing in permanent land conservation and stewardship in this area will have long-term benefits to plants and wildlife in the face of climate change.

Photos from Turtle Haven (from top):